Austrian crane and heavy haulage contractor Felbermayr hoisted a 450t generator off a barge in Herne using its Liebherr LR 11000 crawler crane. The 1000t crane then placed the massive load on SPMTs (self-propelled modular transporters), which transported the generator to the extension of a nearby power plant.

Felbermayr transported its brand new LR 11000 to tackle its first job using around 19 low loaders and 30 curtain-sider trailers to Herne, a city in the Rhine-Ruhr Metropolitan Region in North Rhine-Westphalia and set it up on the Rhine-Herne Canal. The 45km canal, built the start of the 19th century, is an important waterway for several industrial sites in the Ruhr Region.

The challenge facing the Liebherr crawler crane was to unload a 450t generator from a barge, which had collected the unit from Mülheim an der Ruhr. This massive component was destined for the expansion of a gas and steam turbine power plant which is just 2km away from where the barge had tied up. The generator was then transported on to self-propelled transport units with 18 axles each to its later operating location, were it was unloaded by the power plant crane.

The LR 11000 was set up with a 42m main boom, a derrick boom, 260t of slewing platform ballast and a suspended ballast pallet for the heavyweight hoist. 320t of suspended ballast were added by an auxiliary crane after the generator had been attached.

To hoist the generator out of the vessel and place it on the SPMTs, the LR 11000 was able to use all its strengths as the crane had to reverse around 20m with the full load on the hook so that the two linked SMPTs were able to move in front of the crane. The crane winches then very carefully deposited the valuable load on the self-propelled units. This crane job once again demonstrated a feature which is far from rare in crawler crane jobs – setting up and dismantling the crane takes several days, but the actual hoisting work can be completed quickly. Immediately after the barge had tied up in the port at 12 noon, the load was attached and by 2.30 pm it had been placed on the SPMTs, meaning that the LR 11000 had finished its work. 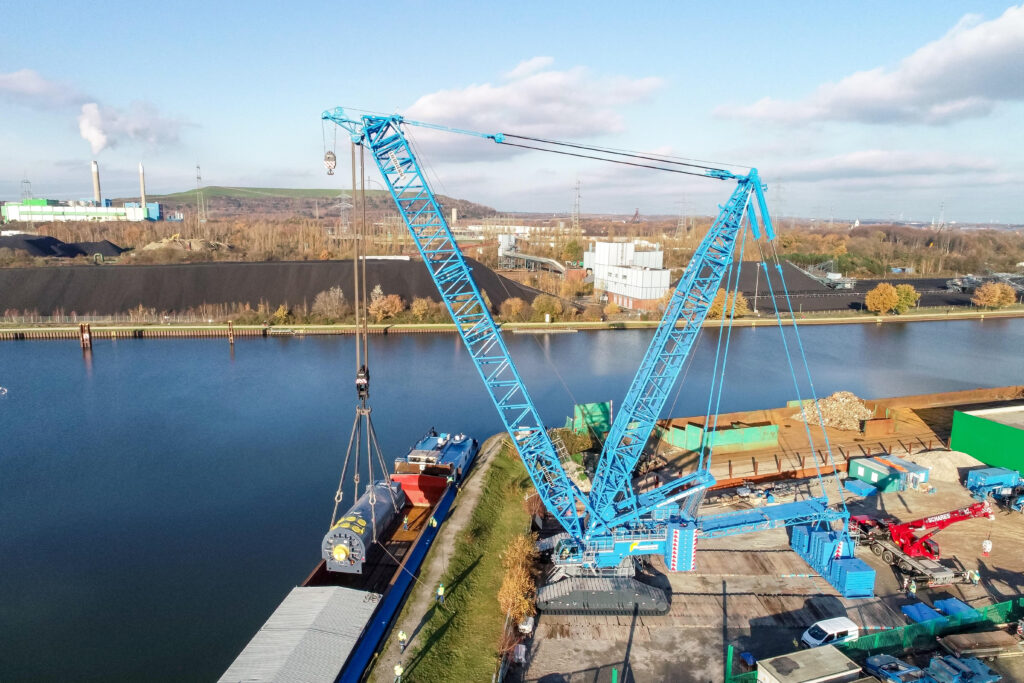 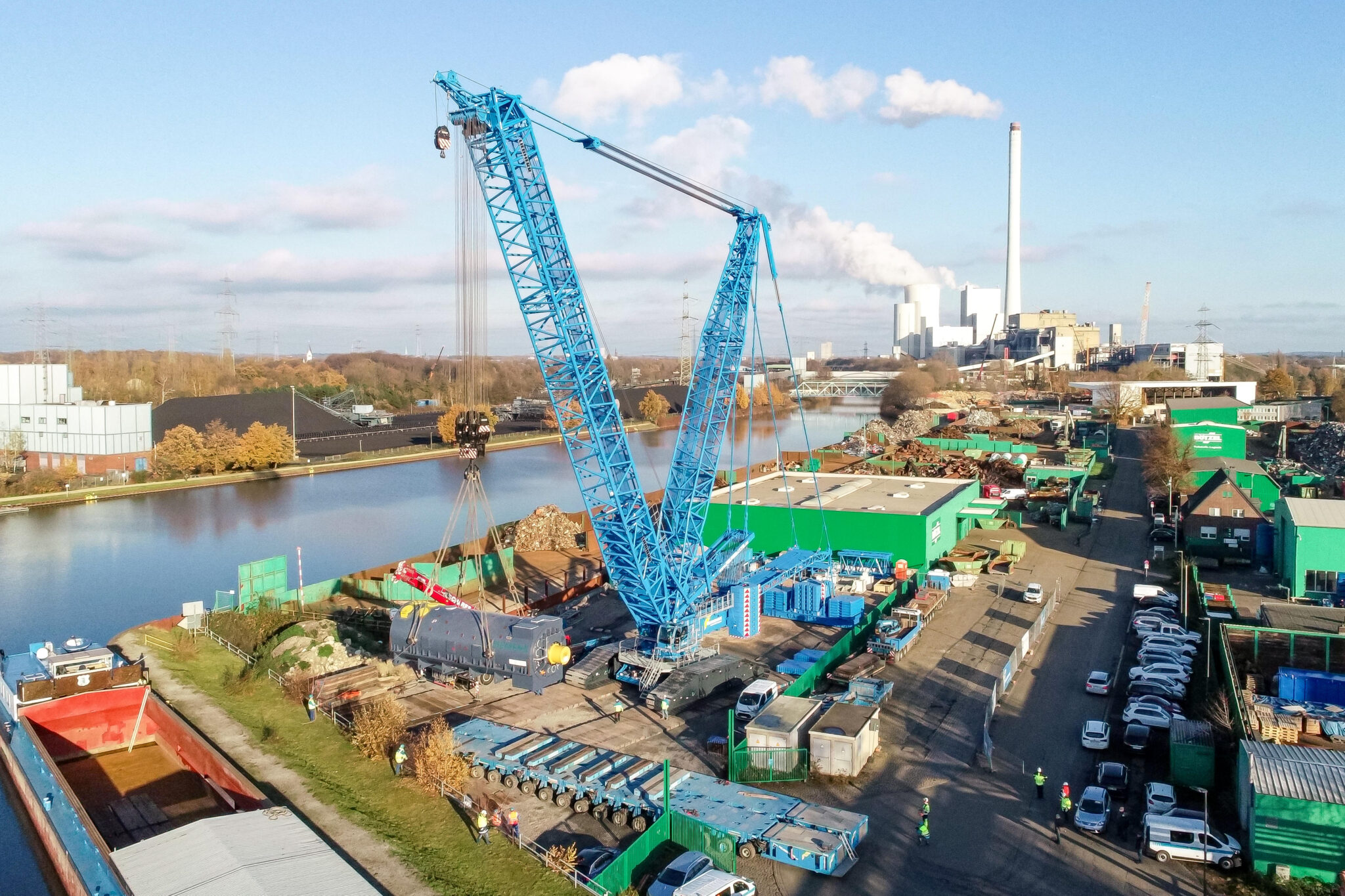 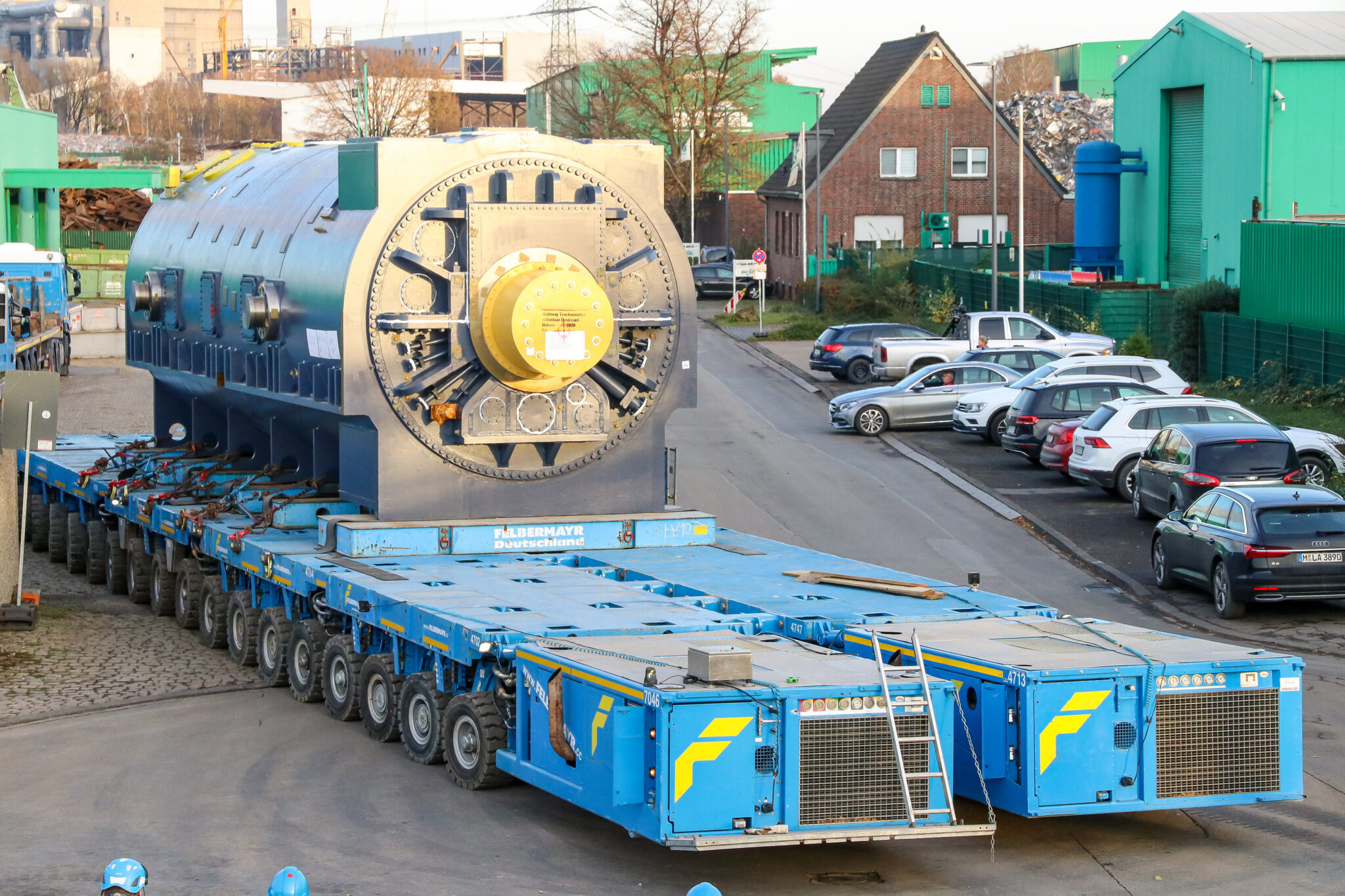 Two SPMTs with 18 axles each take the generator to its operating location.

LR 1300 SX – the Next Generation from Liebherr