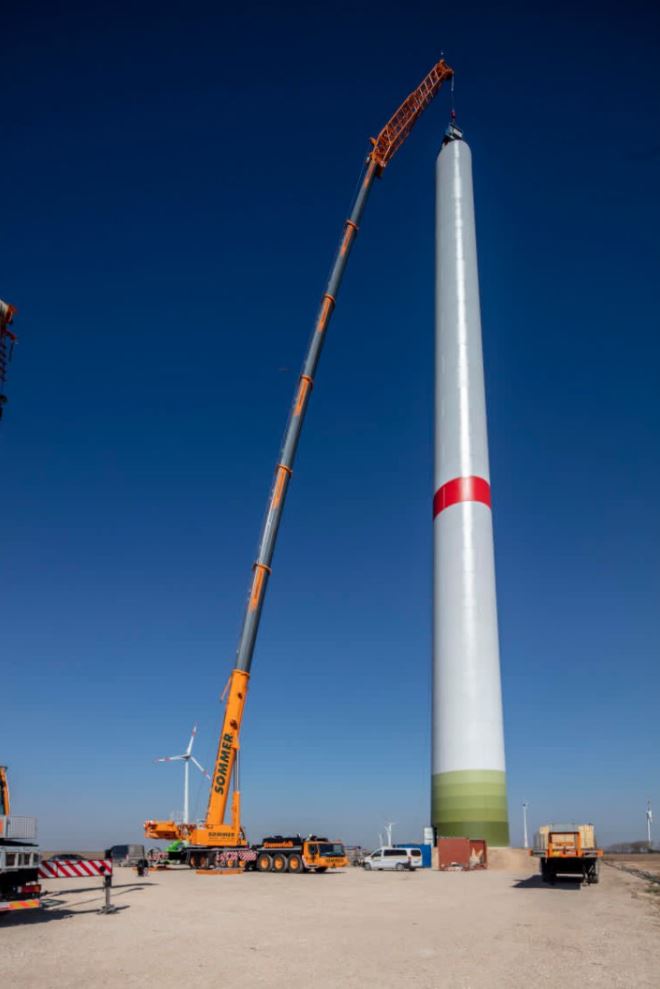 An LTM 1450-8.1 at a wind farm erecting a tower, equipped with the new wind speed load charts.

The winners of the ESTA Awards of Excellence 2021 were announced at an online ceremony on 22 April. Liebherr was awarded in the safety category for the development of special WindSpeed Load Charts. These offer increased safety and more operating time when operating the crane in windy conditions. The Liebherr engineers in Biberach, Ehingen and Nenzing have made a large number of new mobile and crawler cranes more stable for use in stormy weather.

Christoph Kleiner, Sales Director of Liebherr-Werk Ehingen GmbH, accepted the award virtually and says: ” It’s great to be awarded in the Safety category, as this is a win-win situation: Increasing safety while increasing uptime of the cranes. And a triple win as three Liebherr companies are involved in this”.

The development started in the year 2000 for mobile construction cranes with the MK 80 and in 2008 for crawler cranes with the LR 1600/2. Since 2020, more recent All Terrain models such as the LTM 1650 8.1 and LTM 1120-4.1 as well as all MK models also feature these charts. The major benefits for customers include enhancing safety and planning reliability, reducing downtimes caused by wind and increasing profitability. 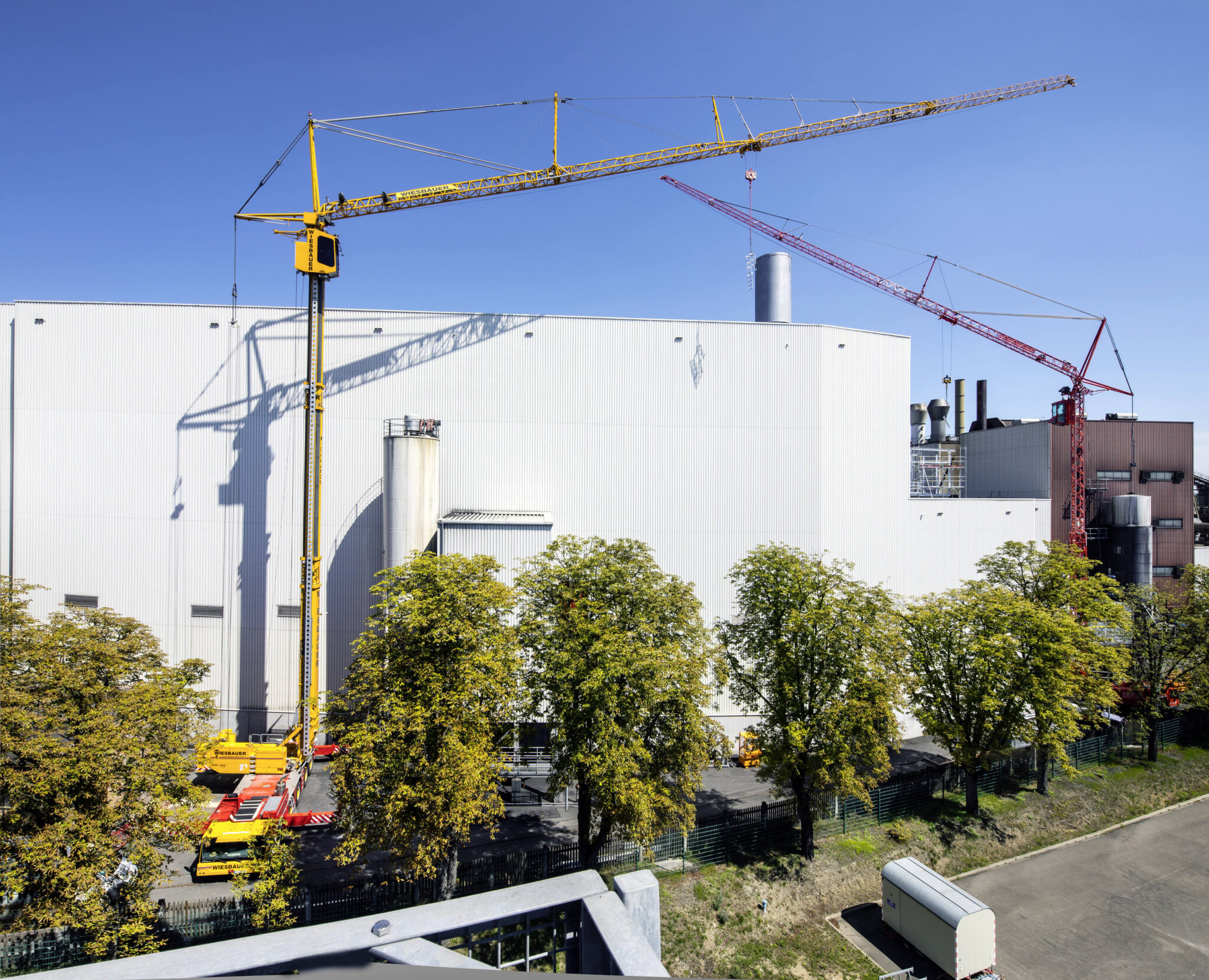 MK88 and MK 140 on an industrial installation job.

The load charts for cranes generally apply to gust speeds of up to 9 m/s, or for a mobile construction crane of up to 14 m/s, measured at the top of the boom head with an area exposed to the wind (including cw value) on the load of 1.2 m² per tonne. This is the standard with which all our competitors also have to comply. The wind load calculated from this is 50 Newtons per square metre.

To ensure that work can continue safely in even higher wind speeds, Liebherr has calculated the load charts for additional maximum wind speeds and programmed them in the crane control system. For the LTM 1650-8.1, for example, it is 11.2 m/s and 13.4 m/s when using lattice equipment. In telescopic boom mode, the charts even allow for a wind speed of 15.6 m/s. For MK cranes, the values are 17 m/s with the boom raised and 20 m/s in a horizontal position. If the wind speed measured on the crane’s boom during a job exceeds the set chart wind speed, the crane operator can simply switch to a load chart with a higher maximum wind speed which will often allow the job to be continued.

The latest generation of LR crawler cranes are equipped with wind sensors on the main and luffing jib. Both the measured wind speed and the respective configuration of the crane (boom length, angle of the boom) are taken into account in order to calculate the current situation of the crane. If the wind conditions become too dangerous, the system issues a warning. The respective status is shown in the cabin at all times. At wind speeds of 10-16 m/s, the driver can automatically adjust the max. load capacity with a simple push on the control panel.

And this enhanced safety and increased crane availability has been very well received. Customers say that the new WindSpeed load charts mean that the crane is no longer the limit for jobs like before. It enables the rental company to continue to work when normally a job would not be possible due to the wind.