Despite the ongoing pandemic, Sweden’s newest major port has opened on time and on budget. Watch the film of the impressive construction linked below! 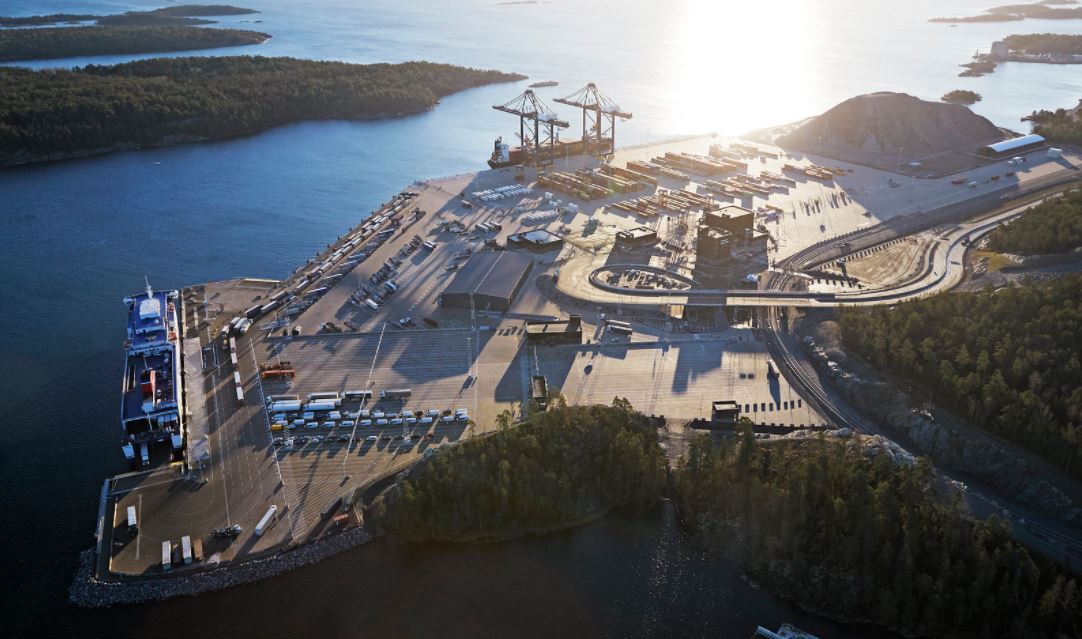 “Now that all of Stockholm Norvik Port is finally completed, we can offer substantially greater capacity and opportunities for our customers to grow. We can also offer our customers improved service in the form of greater possibilities to store and transfer cargo, as well as eco-efficient alternatives to transport goods to and from Stockholm,” explains Johan Wallén, Chief Commercial Officer at Ports of Stockholm.

Stockholm Norvik Port provides Ports of Stockholm with increased capacity for more and larger vessels. More goods can therefore be transported directly to the Stockholm region, where half of Sweden’s consumption takes place. If imported goods arrive directly in the Stockholm region by ship, instead of arriving at ports in the south of Sweden, congestion is eased on the busy roads and railways.

“It really is fantastic that despite these difficult times we have been able to open a port on time and on budget. Stockholm Norvik Port offers state-of-the-art, sustainable logistics solutions both now and for the future,” states Thomas Andersson, CEO at Ports of Stockholm.

Construction of Stockholm Norvik Port started in 2016 and, despite its size and complexity, the port was completed on schedule and on budget. More than 200 contractors were involved in the project. The port has been built to be a safe, efficient and favorable environmental choice, as well as to meet the demands of the future. The entire port cost SEK 3.8 billion.

Video: ONE Across America’s Supply Chain