Enerpac hydraulic cylinders are set to have a key role in the final construction of the ITER fusion tokamak in 2024. On completion of assembly of the tokamak’s vacuum vessel sectors, nine cylinders now pre-installed at the bottom of the machine will lift a 11m diameter, 320t, circular poloidal magnet (PF6) into position at the base of the tokamak.

The ITER tokamak hosts the fusion reaction in which plasma particles collide and release energy at temperatures up to 150M degrees C. To prevent the plasma touching any of the tokamak walls and disrupting the reaction, magnetic confinement is used with a combination of large circular toroidal and poloidal magnets.

Six ring-shaped poloidal field coils are positioned around the vessel to shape the plasma and contribute to its stability by “pinching” it away from the walls. PF6 magnet is situated at the bottom of vessel on temporary supports while the ITER tokamak is constructed above it, after which it will be completely enclosed and unreachable by crane.

“We are faced with a challenging problem: how to lift the PF6 ring to its final position and bolt it to the tokamak structure within tight space constraints and without access to a crane,” says Nello Dolgetta, of the ITER  Magnet Section team, in charge of the operation. “To raise the PF6 ring by 2m, we are performing a synchronised lift using the Enerpac single acting locknut cylinders and EVO system to provide a safe and secure lift operation. Early trials with a dummy load were very successful.” 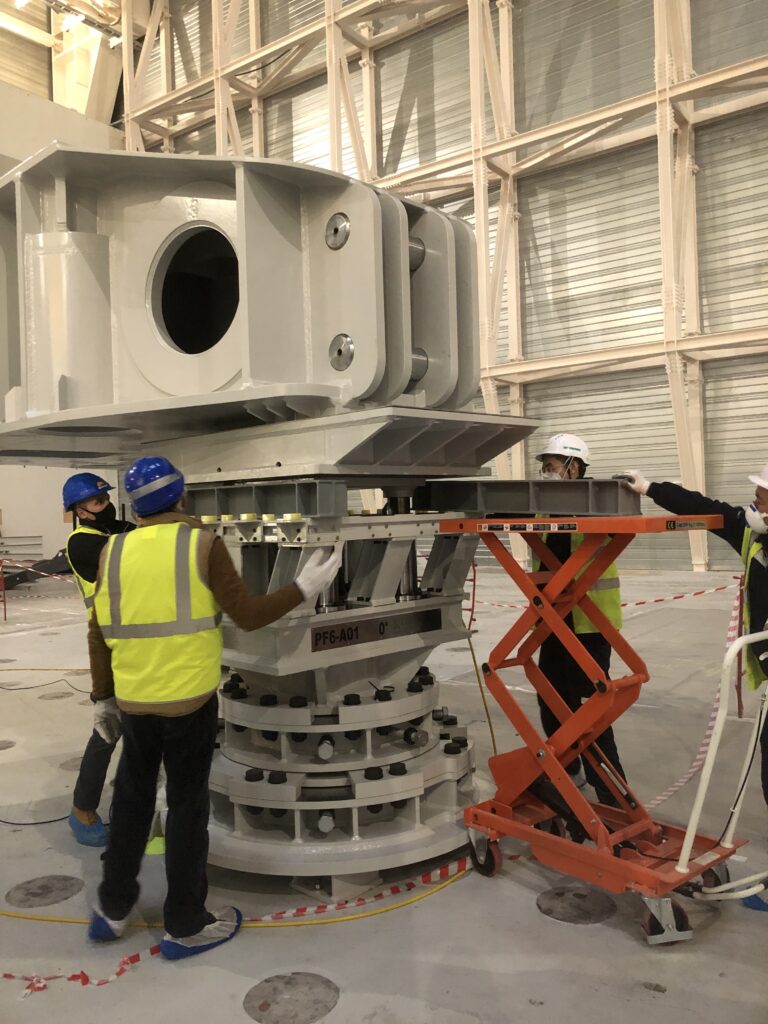 The Enerpac EVO system being tested with a dummy load

The poloidal magnet ring will be raised in stages while resting on nine temporary supports each equipped with an Enerpac 100 ton capacity, customised HCL1008 hydraulic cylinder connected to the EVO synchronised lifting system. The hydraulic cylinders 200mm stroke will allow stack beams to be inserted beneath the PF6 ring. After lowering the magnet onto the stack beams, the cylinders are repositioned on the next level of stack beams, and the process repeated until the magnet is finally bolted to the tokamak.

Effective, safe, and precise movement of the PF6 magnet requires exact control and synchronized movement of all lifting points. The nine hydraulic cylinders are connected to a standard EVO Synchronous Lifting Pump operated using a PLC (Programmable Logic Controller), enabling each of the nine lifting points to be monitored and controlled by a single operator.

The EVO pump maintains accurate positional control within 1 mm between lagging and leading cylinders and includes built-in warning and stop alarms for optimum safety. In addition, the PF6 lifting EVO pump features a flow control valve to reduce the lifting speed even more. During the staging lifts, the custom single acting cylinders with spring return act as locking pins, to hold the position of the magnet. 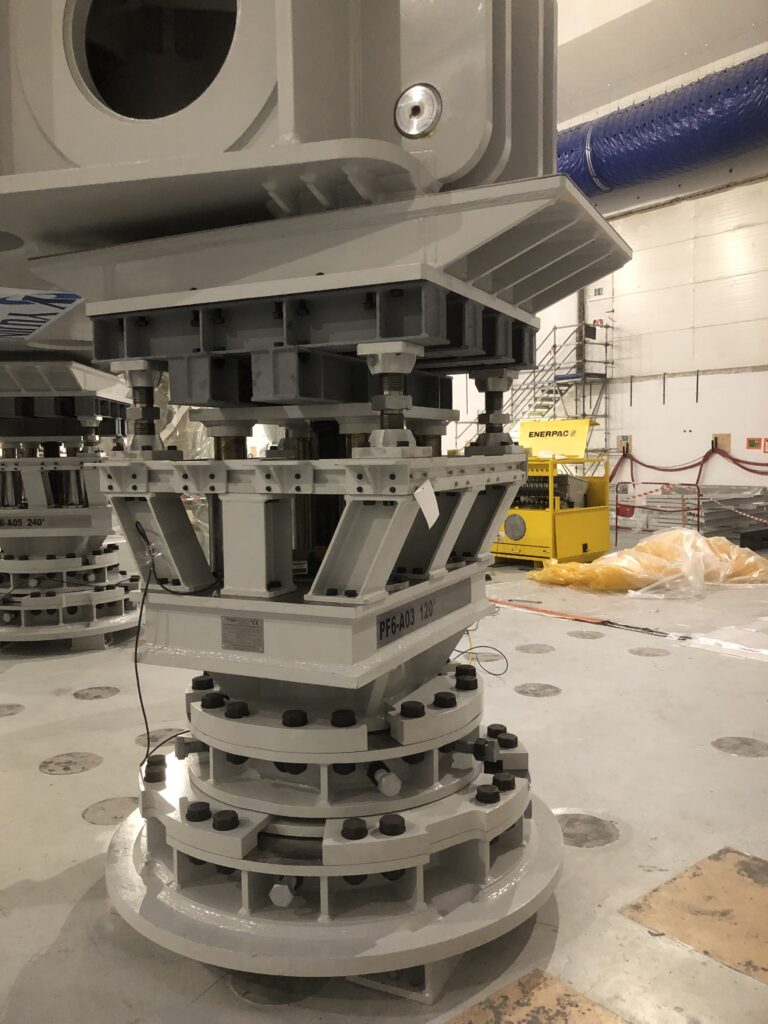 Early trials with a dummy load were very successful.”