On behalf of TechnipFMC, Jumbo Offshore successfully completed the first phase of work on Energean’s Karish gas field offshore Israel in October. Jumbo’s scope of work included transport and installation of 14 suction piles (part of a 14-point FPSO mooring system), a tie-in manifold and a 24-inch deepwater gas sales spool. Jumbo installed the components at a depth of 1,760m, breaking its own deep-water installation record. Jumbo’s work is scheduled to recommence in 2021, with the hook-up and installation of the Energean Power FPSO, the first FPSO ever to operate in the East Mediterranean.

Installing the mooring spread for the Energean Power FPSO, Jumbo installed 13 suction piles of 176t each and one weighing 235t. Both the deck layout and the two 900t cranes of Jumbo’s offshore construction vessel Fairplayer were reconfigured to enable each part of the installation. This involved the Fairplayer’s deep-water winches being modified to allow installation work down to 3,000m deep.

Joost van der Wiel, Lead Project Engineer at Jumbo, said that installation of the large suction pile was especially challenging and required a specially engineered method in which the pile was first taken down to a depth of 200m, where it was hung off a Dyneema pennant. “We then recovered the hook, reconfigured the crane, picked up the pile from the pennant and began the second lift down to 1,760m deep. That’s a record for us and I am very proud of the team that made this happen!”

The installation of the tie-in manifold and the 24-inch gas sales SSIV closing spool illustrate Jumbo’s position as a full-service T&I contractor, continues Jumbo Project Manager Wieteke Looijschelder. “The gas sales spool is a flexible piece of equipment, so lifting and lowering it called for a dual lift with a complex rigging arrangement. This technical efficiency is a good example of how our DP2 vessels can handle both the transport and installation needs of a project with just one vessel.”

“The Karish contract was a multi-disciplinary operation and was a unique challenge for Jumbo,” adds Offshore Construction Manager Barry ten Brinke, “And, just as with all project completions, its success was driven by a great team onboard and ashore.”

On conclusion of this phase of the project, TechnipFMC Project Manager David MacLennan said: “Congratulations on the safe and successful completion of this work scope. It’s been a great team effort.”

Energean Subsea Delivery Manager Lenas Mylonas continued by adding: “Thank you for your outstanding contribution to this campaign. The Jumbo team performed superbly and we are grateful.”

As always, Jumbo paid a lot of attention to the subject of safety during the execution of this contract. “As well as implementing the highest standards possible, we aim to create an open and communicative atmosphere with respect to safety,” states Ms Looijschelder. “It is this constructive safety culture that helped us complete the Karish project with zero injuries or incidents.”

Of course, Covid-19 played a role in both the mobilization and execution phase of the project. Jumbo’s staff, crew and subcontractors aimed to be as flexible as possible given the circumstances. Thanks to their efforts, the result was a relatively smooth, but above all safe, mobilization, despite new and changing rules. Note that Jumbo’s Stay Well programme also played a part in this, not only giving attention to life-saving rules, but also setting up a programme for mind-saving rules – as Covid-anxiety, working from home or overdue crew-changes can put pressure on employees and partners. By continuously monitoring the well-being of its employees, Jumbo aims to keep negative effects from the Covid pandemic to a minimum. 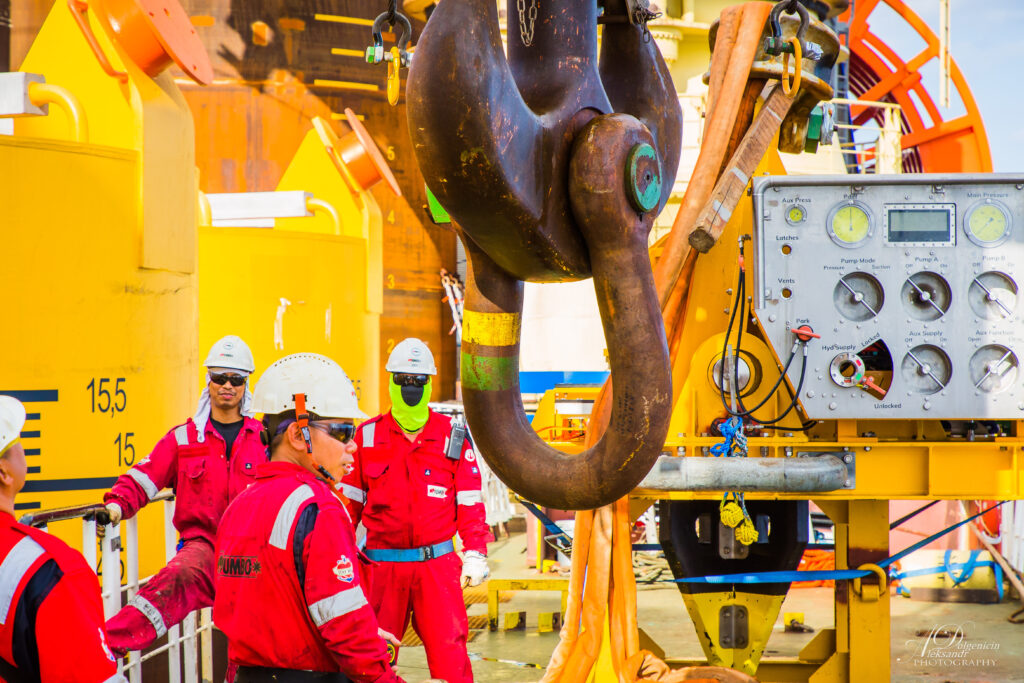 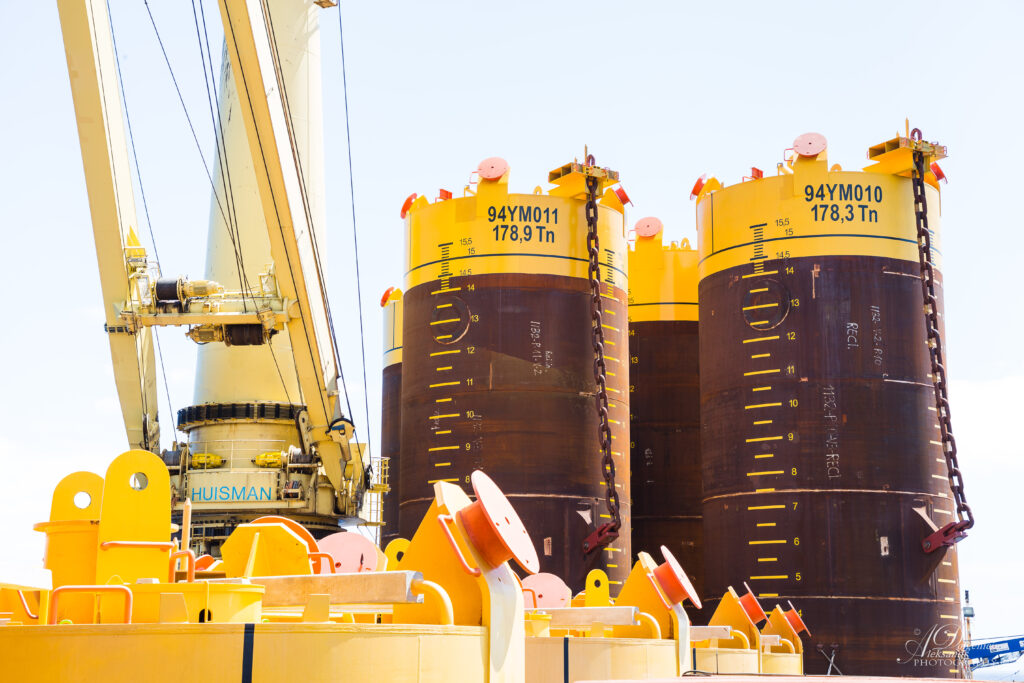 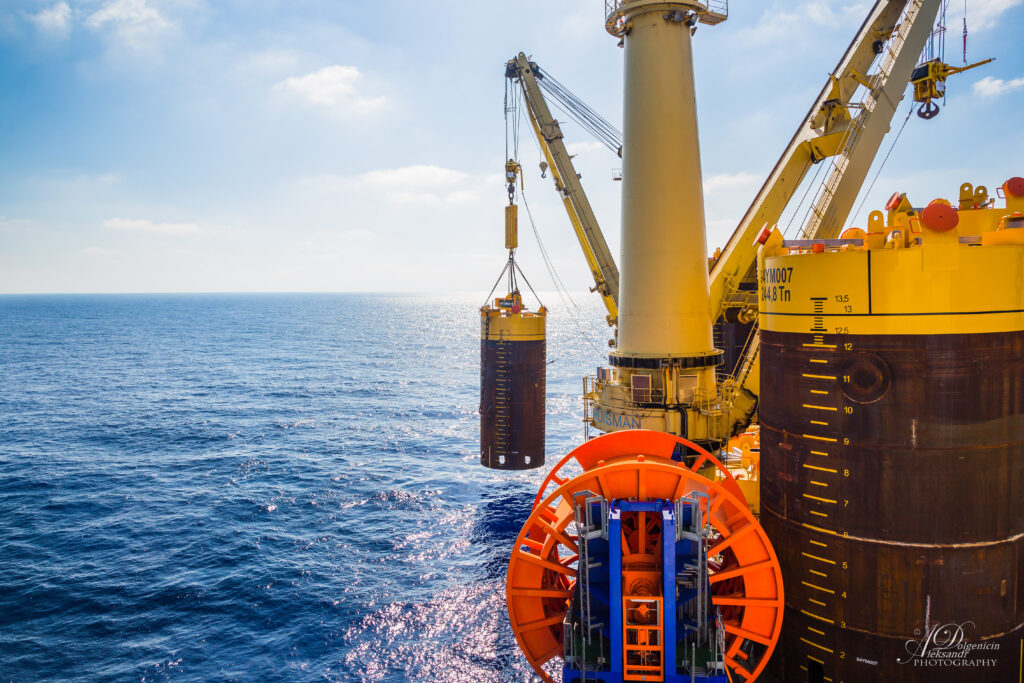 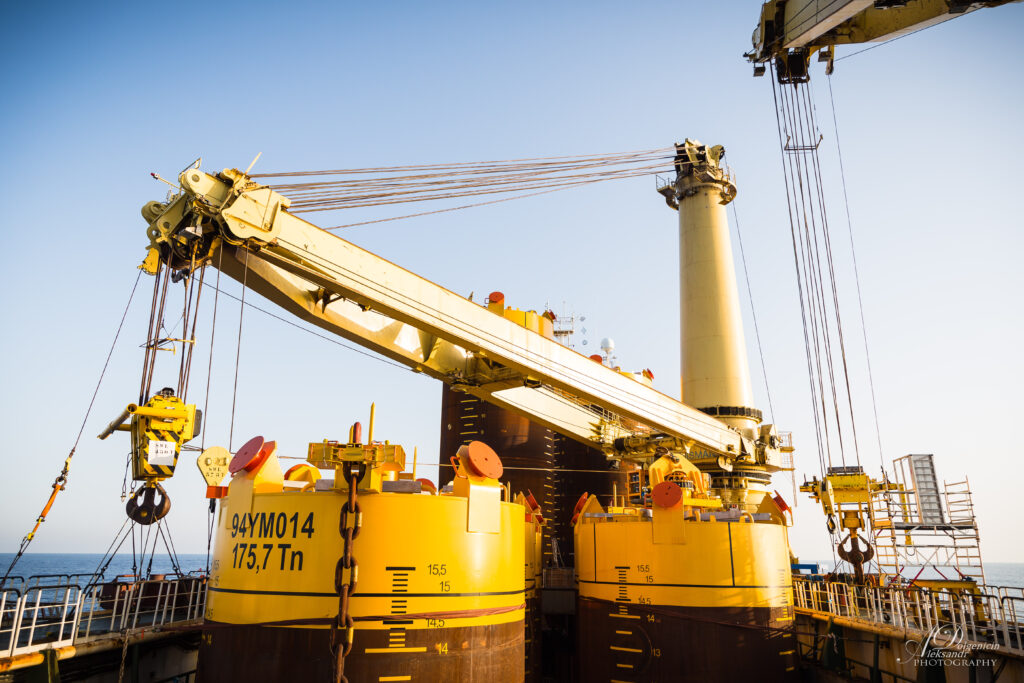 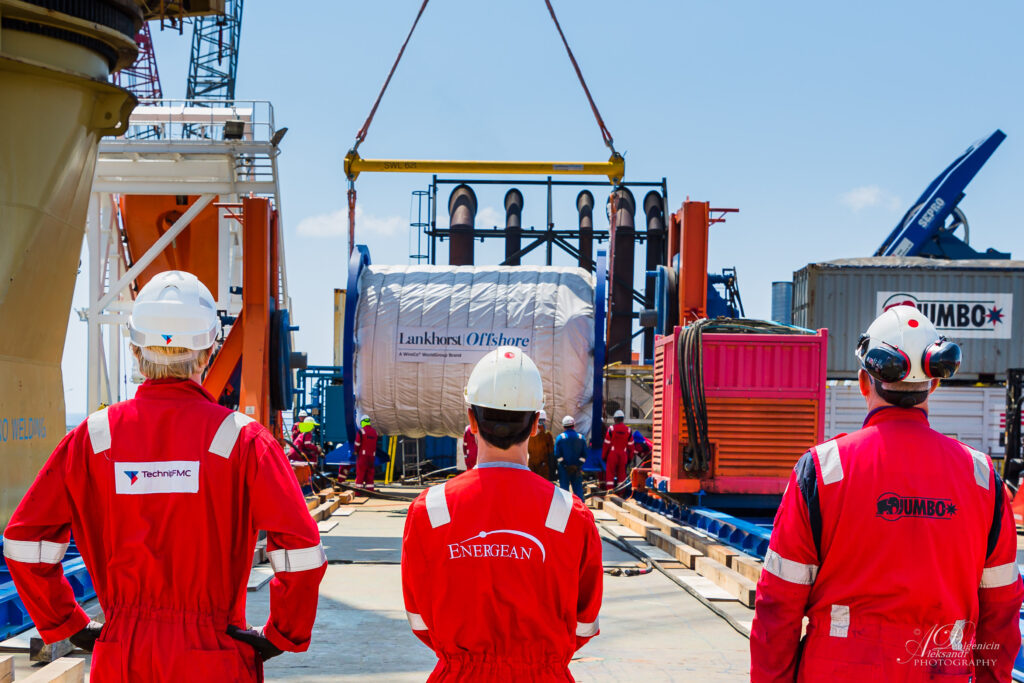