A Liebherr LR 11000 crawler crane has installed a 176t railway bridge not far from the fashionable spa and holiday resort of St. Moritz in the Swiss canton of Graubünden. This, the most powerful crawler crane in Switzerland, belongs to logistics and haulage contractor Emil Egger AG and did the job at an altitude of almost 2,000m in the Alps – with an unusual set-up configuration due to the lack of available space. A total of three aged truss bridges of the Rhaetian Railway were replaced by the Liebherr crane. 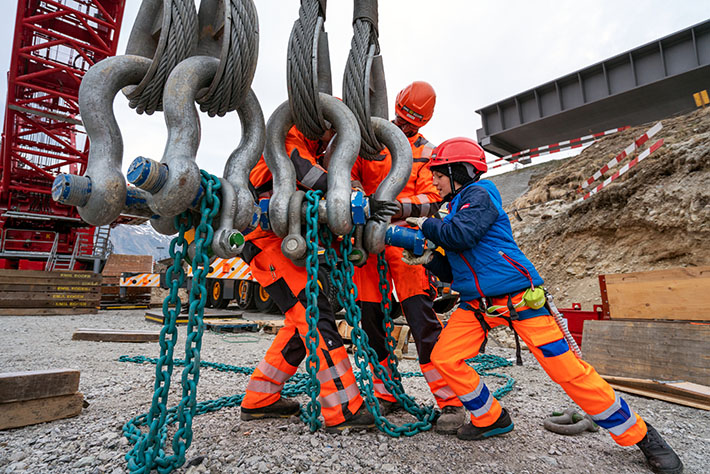 A steady hand – Fabio Egger, part of the fourth generation of the family business, gets to work.

Michael Egger, Managing Director of Emil Egger AG, based in St. Gallen, transported his 1,000t crawler crane to the south-east of Switzerland to replace three railway bridges, all of which were around 100 years old. Work on the first bridge structure was particularly challenging – due to the limited space available for the crane on a metalled embankment facing the adjacent road, it was not possible to use the derrick boom with its suspended ballast. 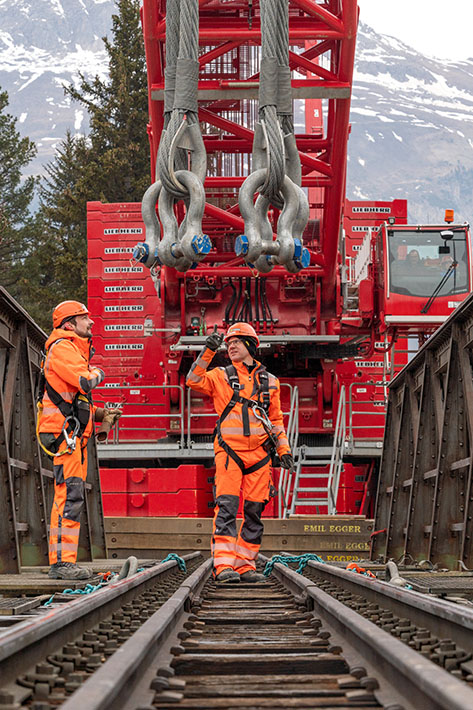 “To ensure we have sufficient stability for lifting the new, significantly heavier railway bridge, we had to maximise the central ballast on the crane to compensate for the lack of suspended ballast,” explains Egger, who planned the operation with his colleague, Andreas Schönenberger. Prior to carrying out the work, he had discussed the load case in this unusual configuration with the specialists at Liebherr in Ehingen: “The LR 11000 is equipped with 90t of central ballast as standard. We have therefore packed 130t into the crane for this operation after Liebherr gave us the OK to do so.” The slewing platform ballast was loaded with the maximum counterweight of 250t. 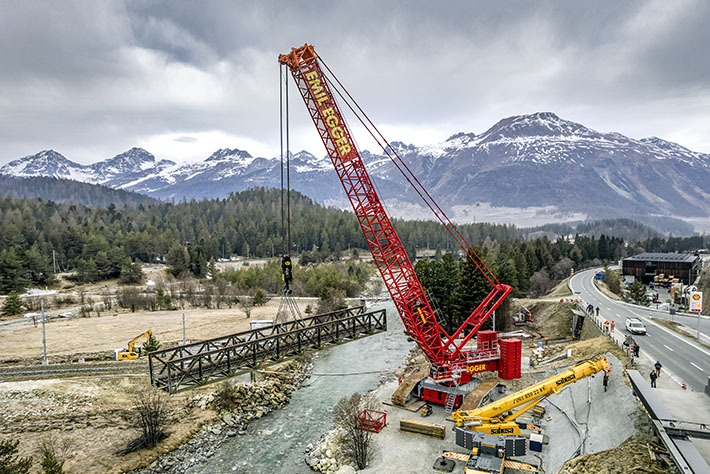 The 65t truss construction was quickly lifted off the abutments and set down on the edge of the mountain river, actually next to LR. The old truss bridge had provided sterling service for around 100 years.

Before the new steel structure, which is around 35m long and was assembled on site from several segments, could be placed in position, the old bridge structure first had to be removed. The 65t truss construction was quickly lifted off the abutments and set down on the edge of the mountain river, actually next to LR 11000. It was then repositioned later for removal. Afterwards, the crawler crane was able to lift the new bridge from the special transporter on the road and position it above the river using a radius of around 22m. “With this radius and a gross load case of 205t, we are almost at the limit of the load chart for the crane in this particular configuration,” says Egger. 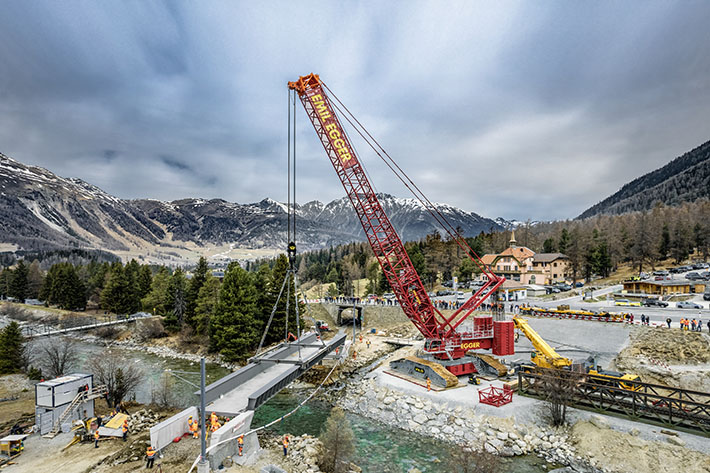 Very tight – this shows clearly that there is no space for the derrick boom or suspended ballast.

The LR 11000 was erected and dismantled by a Liebherr LTM 1250-6.1 mobile crane belonging to Sabesa SA, a crane and haulage contractor based in Ticino. Andrea Saccomandi, Managing Director of Sabesa, which was actually the main contractor for the replacement of the three railway bridges, was personally on site for the crane job. Based on the northern shore of Lake Maggiore, the company’s portfolio includes crane work, transport services and platform hire, and its fleet includes around a dozen Liebherr mobile, compact and mobile construction cranes. 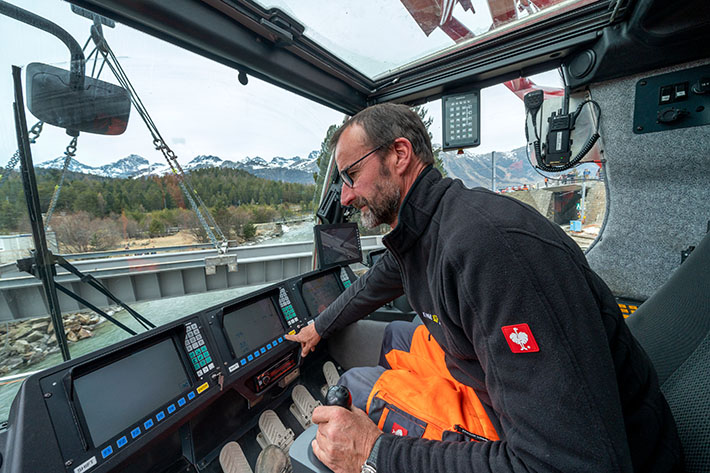 Panoramic view – Peter Stricker, in the crane operator’s cab of the LR 11000, places the 176t steel bridge precisely on the abutments of the refurbished river crossing.