In July, MIC Co., Ltd., headquartered in Japan’s Aichi Prefecture, took delivery of its fourth Demag® CC 8800-1 crawler crane which will be put into operation in a wide variety of infrastructure work sites such as bridges, steelworks and oil refineries, and in the construction of offshore wind power facilities. With this order, MIC has the distinct honor of purchasing the first crawler crane for the Japanese market since Tadano acquired Demag in 2019. 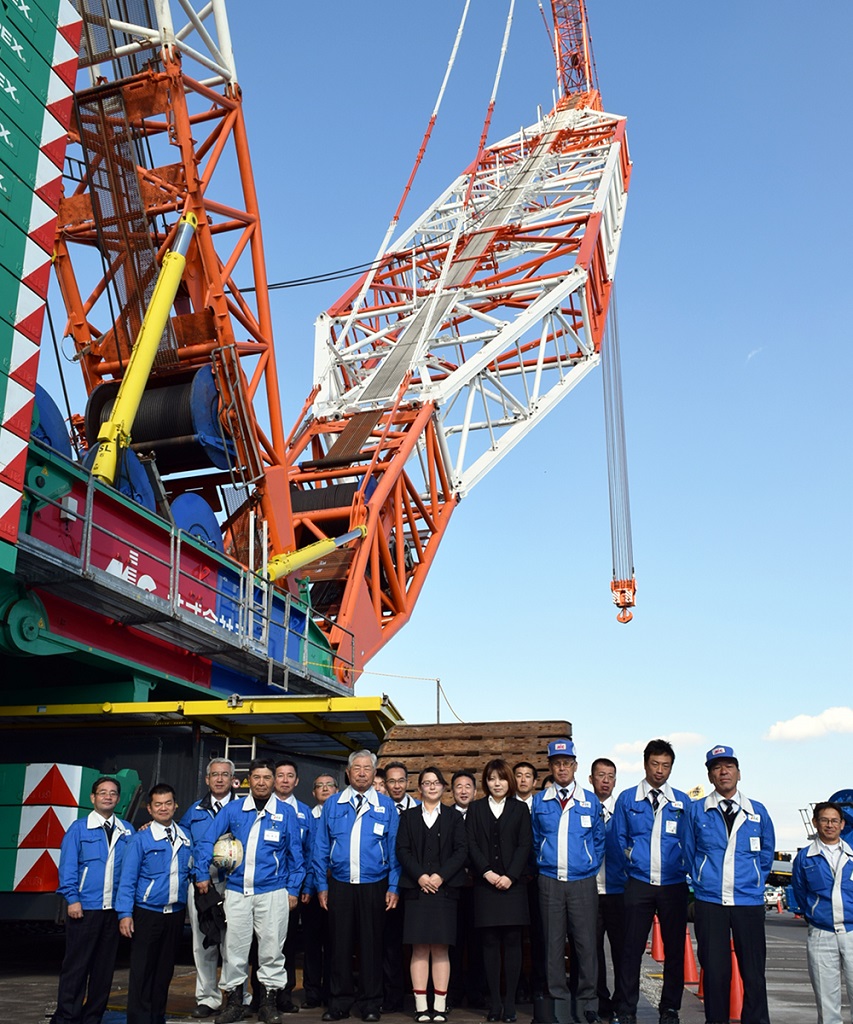 Celebrating their 60th anniversary in business this year, MIC is one of the world’s largest crane operating businesses. The company’s operations include construction work, such as civil engineering projects and factory construction, as well as large-scale infrastructure projects including elevated road and bridge work. Well-recognized worldwide, MIC consistently ranks in the “IC50” listing, the top 50 global crane rental companies.

Owning numerous large cranes, including its four Demag CC 8800-1 models, Company Chairman Eikichi Oyama described how working with large cranes has grown MIC’s business opportunities and has reduced crews’ operating and construction times: “With cranes of this category, we can increase the amount of work we perform on the ground and reduce the amount we perform at height. This ensures reliability and shortens traffic closures. For instance, in bridge-building projects a large crane makes it possible to use the ‘large-block erection’ method, which is more efficient, leading to shorter construction times. As companies have become more and more cost aware, shorter construction times are hugely beneficial in terms of reducing operating costs and increasing profits. This has caused demand for large cranes to soar, and thanks to the efficiency of our crane fleet, as well as the productivity of our skilled operators, we have received countless orders for large-scale infrastructure work.”

In purchasing the first crawler crane for the Japanese market since Tadano acquired Demag, Mr. Oyama described his expectations for continued relationship with these strong brands: “Tadano has a long history and proven track record with hydraulic mobile cranes,” he said. “Acquiring Demag with its relevant expertise especially in crawler cranes allowed Tadano to close the gap in its portfolio, widening its product lineup and, I believe, boosting its competitiveness in the global market. As for Demag, strengthening its network in Japan will allow the brand to serve our needs even better.”