As part of a power plant expansion, one of the jobs for Al Faris was to install 16 double-wall heat recovery steam generators, which will be used to recover the gas power plant’s waste heat and improve its efficiency. The company used its own Demag CC 3800-1 lattice boom crawler crane as the main crane for the job.

“After considering the load weights and the required performance characteristics, it became clear that only a crane in the 650t class would be able to get the job done. And the reason we ended up deciding on the Demag CC 3800-1 was that it met every single requirement better than all other machines, not to mention that we’re very familiar with its high reliability and incredible capabilities,” Al Faris founder and Managing Director Hilary Pinto explains. It took a seven-person setup team made up of a crane operator, a supervisor, and five assembly technicians 20 hours to set up the crane with an SSL resp. SWSL configuration. “That really was a pretty amazing feat by our people. After all, the 66m boom couldn’t be assembled on the ground due to the SSL configuration and the limited space available, so they had to do it at height,” Hilary Pinto says while praising his team.

The project took a total of six months and consisted of transporting and setting up various power plant components, such as condensers, boilers, HRSG modules, generators, and tanks. To take care of this, Al Faris used a whole armada of special-purpose vehicles, including hydraulic trailers and various all-terrain and crawler cranes.

The heaviest and most challenging lifts by far involved the 28m heat recovery steam generators, which weighed up to 80t. These HRSG units had to be brought to a height of just under 60m at a radius of 40m so that they could be installed. To do this, the Al Faris team used an SWSL configuration with a 48m main boom, a 36m fly jib, a Superlift counterweight of 165t with a radius of 11m.

The Demag CC 3800-1 took about two months at the work site to complete these 16 lifts, as well as all other lifts, with an SWSL configuration. “And in hindsight, the biggest challenge was the tight space conditions during setup, conversion, and disassembly. Handling the long boom components in particular really demanded a great deal of our team, but they were able to take care of that smoothly, and not in small part thanks to the crane’s ease of assembly,” Hilary Pinto says while praising both his team and machine. 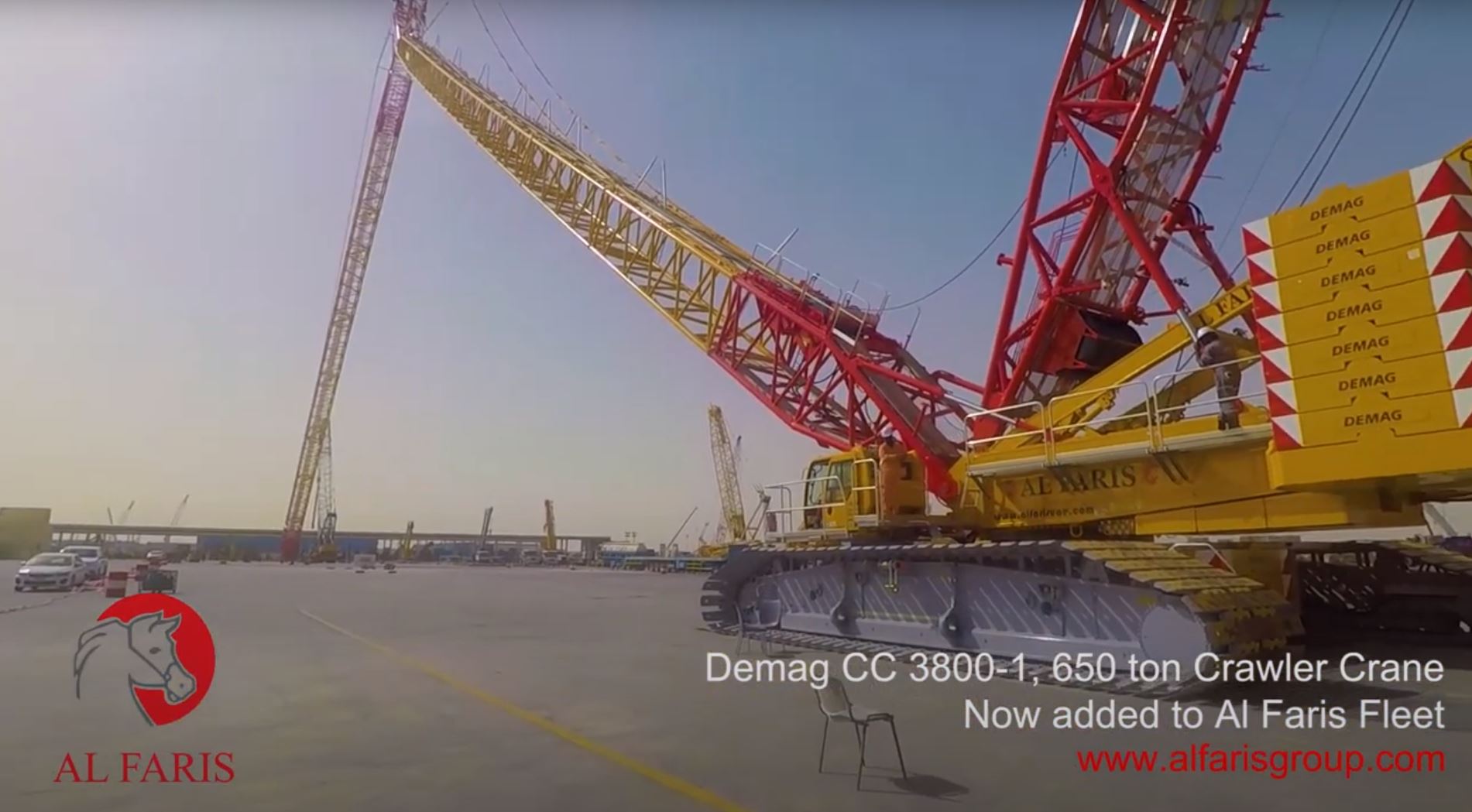 Image Captured from Al Faris’ Video of the Demag CC3800-1