This Press release will remain online here until 25 May 2020

According to Roborigger founder Derick Markwell, the company was looking for a robust, high torque, high power, low weight, ready-to-go motor solution as it sought to roll out the technology to construction and oil and gas companies, as well as to ports and logistics operators globally. 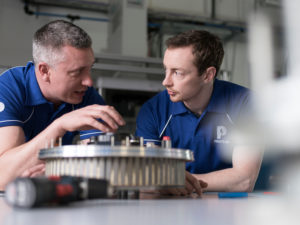 Roborigger first worked with Protean Electric to incorporate its ProteanDrive Pd18 electric motor into its load controlling system when the company looked to upscale from its 5,10 and 15t load controlling devices to units capable of managing loads of up to 20 tonnes.

Markwell said the support from Protean’s engineers is one of the characteristics that differentiated them from other motor developers. “Throughout the development process we worked directly with experienced engineers who really understood their product and made it easy to integrate into our Roborigger.”

Protean Electric’s ProteanDrive Pd18 is a permanent-magnet synchronous motor packaged with an integrated inverter in a single unit. The Pd18 is an ‘in-wheel motor’ designed to be deployed in the wheel hub, rather than inboard where the power units of most electric vehicles are currently packaged. It is being evaluated for next generation vehicle applications in passenger car, light commercial vehicles and autonomous urban mobility pods. One of its customers is Local Motors, a US-based digital manufacturing start-up that is best known for its 3D-printed Olli autonomous urban passenger shuttle.

The Pd18 is a lightweight, compact, integrated synchronous motor and inverter package that provides a high torque output from zero RPM– ideal for steadying and supporting heavy loads. It was initially used in a Roborigger unit for loads of up to 20 tonnes, and more recently it has been deployed on a larger model Roborigger rated for loads of up to 35 tonnes. 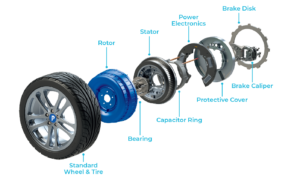 By using the ProteanDrive Pd18 to direct drive the system, the inherent issues caused by gearbox backlash which the team experienced with motors trialled in its early Roborigger prototypes were eliminated. The drive package was also smaller, lighter and significantly simpler. The controller in the motor also eliminates problems with motor to controller integration and provides a simple set up of the necessary operational and protection functions required by Roborigger users.

Exceptionally fast control loops in the ProteanDrive Pd18 motor, twice as fast asmost other commercially available motors –enable the Roborigger control system to respond with optimum controllability and accuracy. Furthermore, with the Pd18’s integrated electronics, data processing and connectivity features, Roborigger can provide full online monitoring for its customers. The operational monitoring works in conjunction with Roborigger’s internet connectivity which allows all details of the lifts including date time location, weight of load and an image of every lift to be recorded.

Chris Hilton, CTO Protean Electric said: “It has been fascinating collaborating on a project outside the automotive and mobility sectors, developing our Pd18 motors for other advanced applications. Roborigger is an excellent example of how the inherent capabilities of Protean motors offer solutions for systems requiring high power and precisely calibrated control across all industries.” 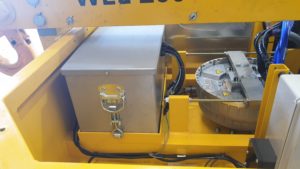 Roborigger commercial units incorporating ProteanDrive Pd18 is now available Australia-wide and in Singapore, with a roll-out to Europe, Japan and the UK planned for Q3 of 2020.

“Currently we use one ProteanDrive motor for each Roborigger unit, but increasing demand means we are already looking at applications with two Protean motors, for even more power. We are committed to making the construction, oil and gas and mining industries safer, and the seamless integration and adaptability of this technology opens up a realm of possibilities”, said Markwell.

Roborigger is a company based in Perth that has developed an inertial wireless load controlling system to rotate and orient crane loads and to collect data on lifting operations. Roborigger technology comes with internet-connected tracking software that collects data from every lift including time, weight, and the location of the loads being lifted. Users can access this data from a web browser on their phones or computers. 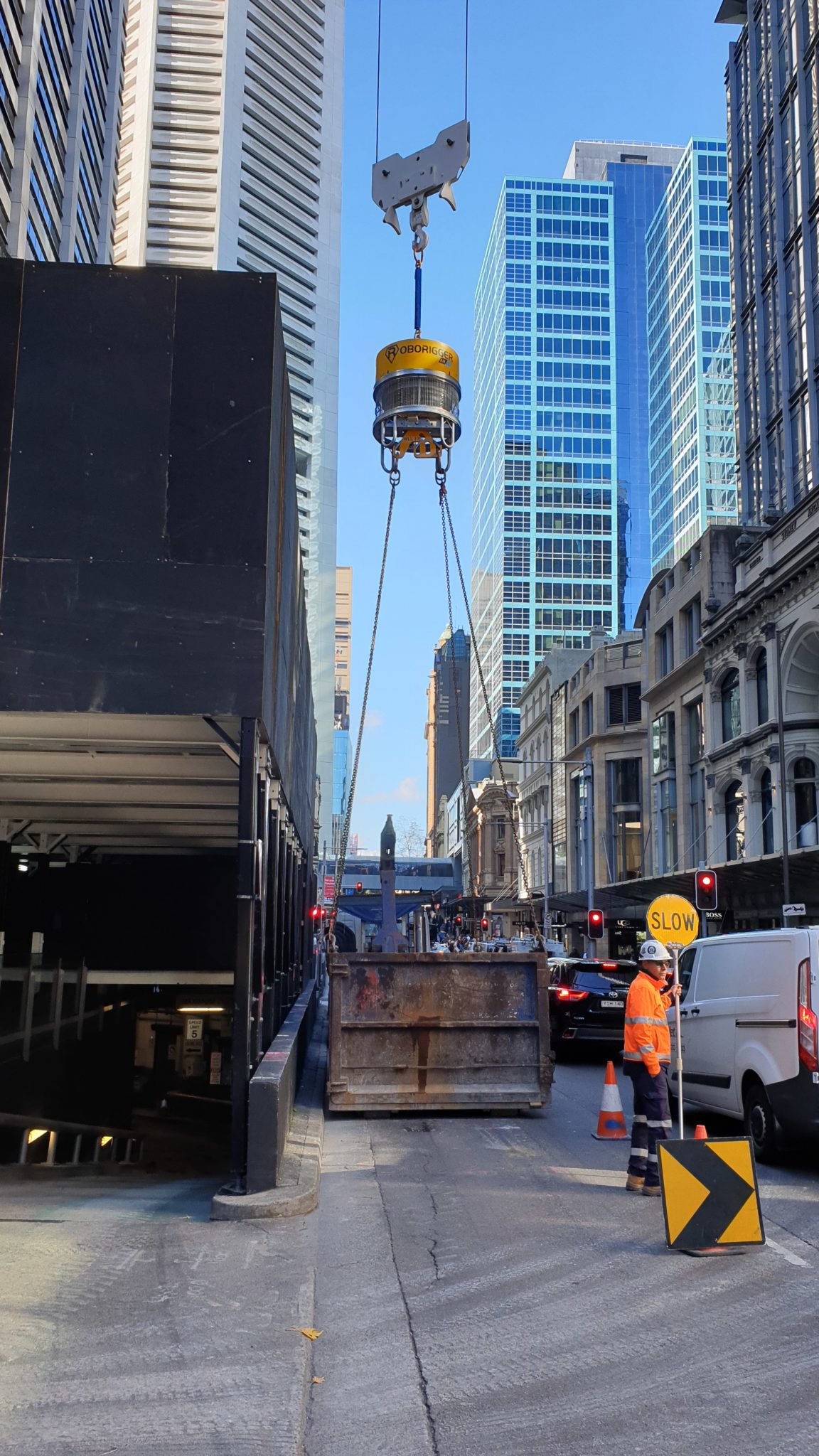 Roborigger enabled work to continue during periods of busy traffic

Family shareholders Willi Liebherr and Sophie Albrecht hand over the LR 13000.
Titan-2 places its trust in the enormous lifting capacities of the LR 13000 .