All traffic on the 6 lane A3 motorway between the Bettembourg and Gasperich interchanges came to a halt one evening recently to allow a 200m long and 18.5m wide rail bridge be positioned across the motorway.

“This bridge is one of eight structures that will be built as part of the new railroad line between Luxembourg City and Bettembourg,” says Rui Raimundo, Luxembourg Rail’s Project Manager. Since 2020, expert technicians have been assembling the many individual parts of the tying chords, including the deck and the two double arches, on site. The result was the arch bridge with a weight of 5,850 tons.

Rui Raimundo continues, “The new project is part of CFL’s ambitious expansion and modernization program. Alongside the existing line, this supplementary line represents a significant capacity gain for this heavily travelled section of the Luxembourg rail network.”

Hydraulic presses were used to gradually raise and align the structure in advance to a height of five meters to the level of the bridge bearings using the “pack & jack” method. Cometto modular self-propelled vehicles, which are specifically designed for such heavy-duty tasks, are deployed for the final journey. The globally active specialists from Sarens are responsible for carrying out this demanding transport task. They put together the vehicle combination in advance and meticulously prepared the procedure.

Under the eyes of scores of observers, shortly after midnight the starting signal is given for the shifting operation. A total of 180 self-propelled SPMT axle lines are involved in this project, linked together as a 5×18 axle line combination at either end of the bridge. 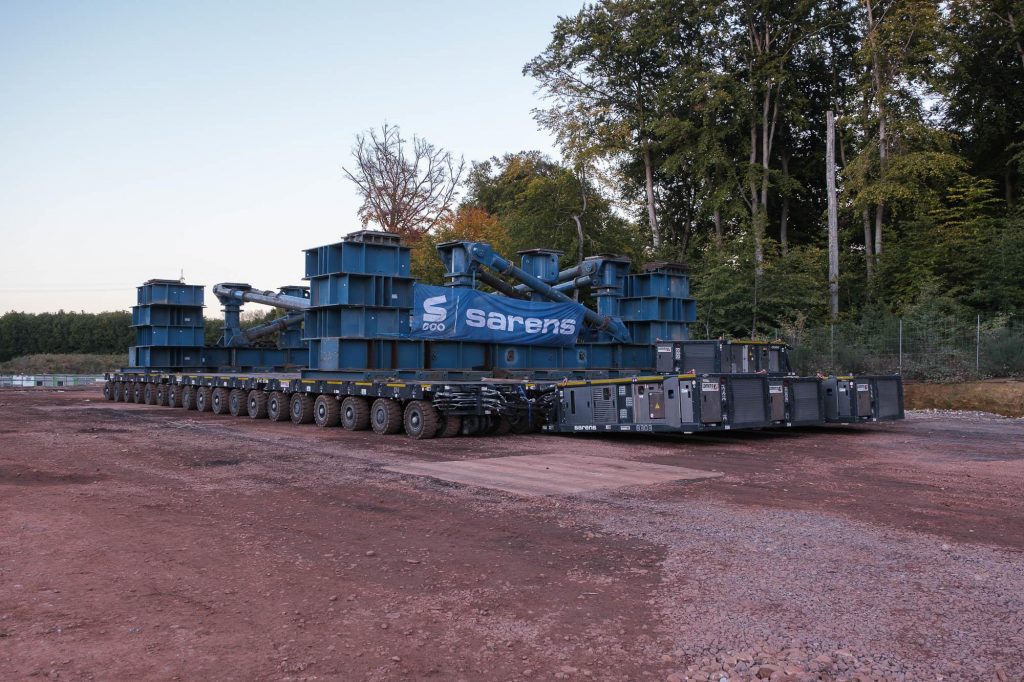 This was a prestigious project that relied on Cometto self-propelled vehicles for its completion.

The bow-string bridge fits into the gap above motorway 3 with millimetre precision. Despite its impressive dimensions, it must be perfectly adapted to the future alignment of the new line. Due to the electronic steering, the SPMT units can be controlled precisely, everything runs according to plan in the darkness of the night. The LED lighting on the Cometto modules creates the ideal conditions for the operator. The stroke lets the convoy move forward safely and also compensates for bumps in the ground.

The mission was completed after about two hours and the 5,850-ton structure set down on its final supports. The “bridge of superlatives” fits into Luxembourg’s rail network as another jigsaw piece and now stands ready for the passage of trains.

SCHEUERLE to Launch SPMT PowerHoss in U.S. at the Conexpo-Con / AGG