Swiss crane contractor Clausen has had a Liebherr LTR 1060 telescopic crawler crane in its fleet since 2013. It has proven its outstanding off-road properties many times for jobs at high altitudes in the Pennine Alps region. As a result of its great experience with the Liebherr crane and its full order books, Clausen has now purchased a second LTR 1060. This crane is also planned for jobs on mountain sites involving steep, difficult access. 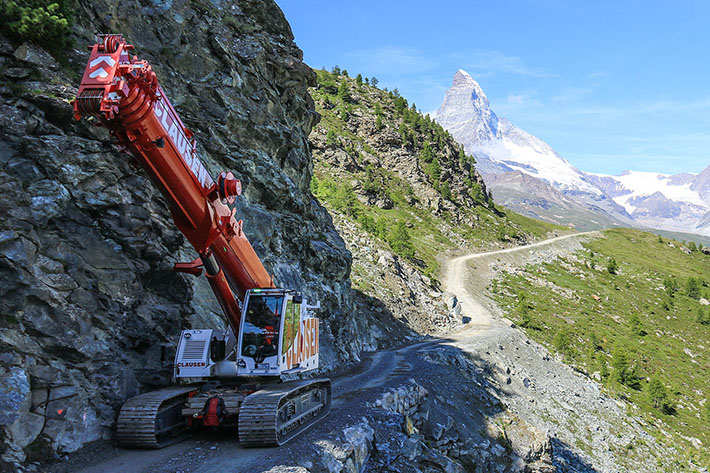 Clausen Kran AG is a family company which first opened for business in 1972 in Brig im Wallis. This region has the most mountains above four thousand metres in the Alps. A number of skiing resorts extend up to 3000 metres above sea level. New cable cars are being built and aged systems have to be removed.

Company owner Geri Clausen was one of the first crane contractors to use a telescopic crawler crane in these extreme conditions. He commented: “The LTR 1060 has proven excellent on gravel tracks with very tight bends and steep slants as well as gradients of up to 40 percent. We have often taken it to altitudes of over 3000 metres. Once it arrives at the site, the LTR 1060 can be made ready for action extremely quickly. The machine has had no problems, we are very satisfied. That is why we have now bought a second LTR 1060”.

Clausen is planning to use the new crane on long term construction sites as well as in the mountains. Cornelia Clausen-Ogi said: “The LTR 1060 is a compact machine and can be moved very quickly and easily on the site. In addition, the crawler crane can move heavy loads. That is a major benefit”. 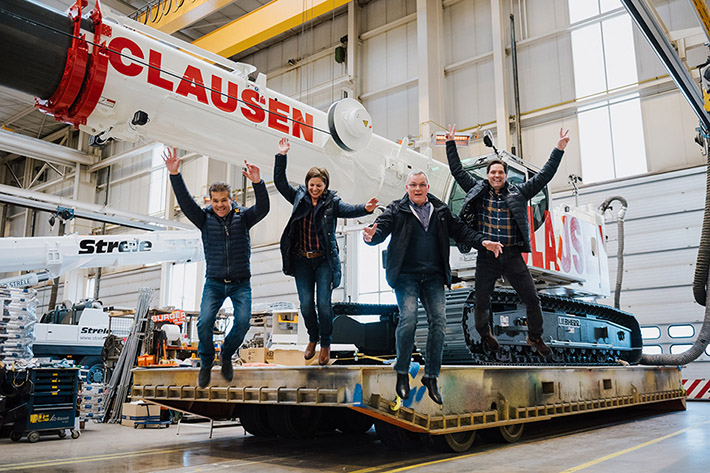 Crane delivery: From left to right: Geri Clausen, Cornelia Clausen-Ogi (both from Clausen Kran AG), Marc Bollinger, Reto Studer (both from Liebherr-Baumaschinen AG) at the Liebherr Plant in Ehingen.

2,935 metres above sea level – installing a repaired gearbox at the mountain station of the Gifthilttli chairlift.