Rockford, Illinois-based The Caldwell Group Inc. will lead a series of initiatives this autumn to raise money for breast cancer charities, including offering its most popular beam in pink.

The manufacturer of material handling and rigging equipment, has made its Model 20 low headroom lifting beam available in pink, when ordered in lengths up to 10 ft (3.048m). The adjustable beam is available in various capacities (0.5 tons to 40 tons) (453.6kg to 36.29t) and spreads (3 ft. to 18 ft.) (0.91m to 5.48m) with an additional option to add pink paint for a donation of $100. The concept was developed by Doug Stitt, the company’s president and CEO—and his connection to the cause is a personal one. 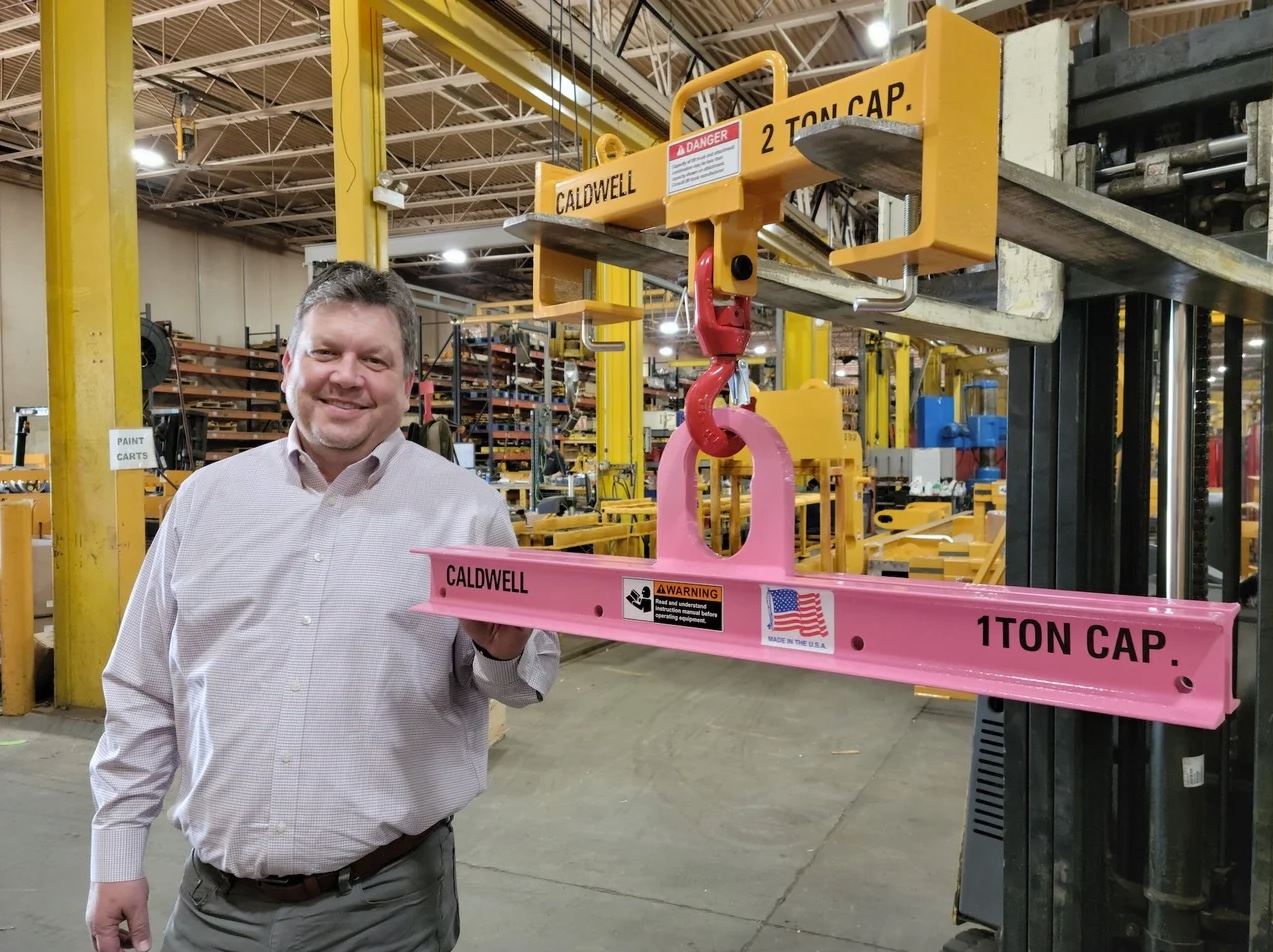 The concept was developed by Doug Stitt, president and CEO, The Caldwell Group, pictured with a pink Model 20 low headroom lifting beam.

“Like many families, mine has been touched by breast cancer,” said Stitt. “Breast cancer is the reason I’ve largely grown up and spent my life without a mom, and my kids missed out on the best grandmother that ever would have been. My mom contracted breast cancer just before my 16th birthday. I wanted to find a way to raise money for continued research and support. When I brought the idea up, my team responded enthusiastically—and I hope our distributor and industry network will too.”

Lisa Sympson, marketing manager at Caldwell, said: “Any [Model 20] beam up to 10 ft. long (3.048m) ships for free, so it is quick and easy to calculate an end-price that incorporates the donation. Just ask for the pink beam, and we’ll add a $100 donation to your invoice. The full $100 will go directly to the American Cancer Society’s Making Strides Against Breast Cancer campaign.”

October is Breast Cancer Awareness month in the U.S. and pink is its signature colour. Caldwell is hoping that its efforts will strike a chord with employees and distributor and industry partners alike.