In November, Blue Water performed discharging of three big storage tanks in Esbjerg from the vessel “Zuidvliet”. The tanks were subsequently stored at the port area until delivery to the construction site in Vejle, Denmark could take place the following week. The tanks – each measuring 26.5 x 4.8 x 4.9 metres and weighing 77 tons – were on three successive evenings transported by road from Esbjerg to Vejle where they will form part of an air gas factory. 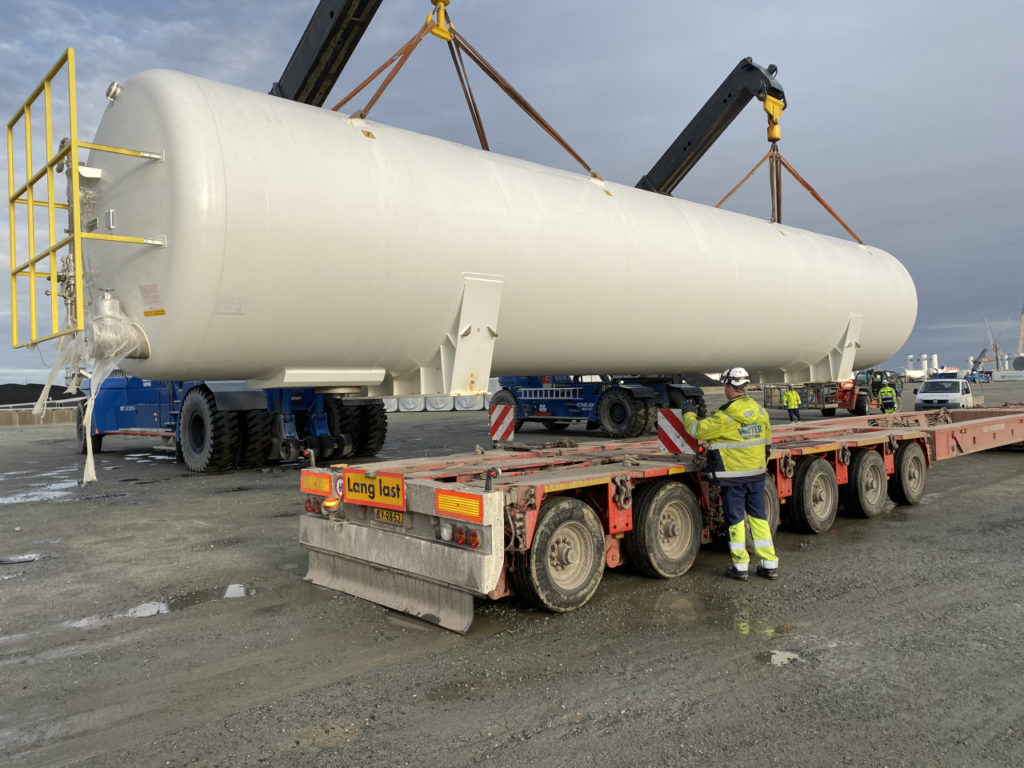 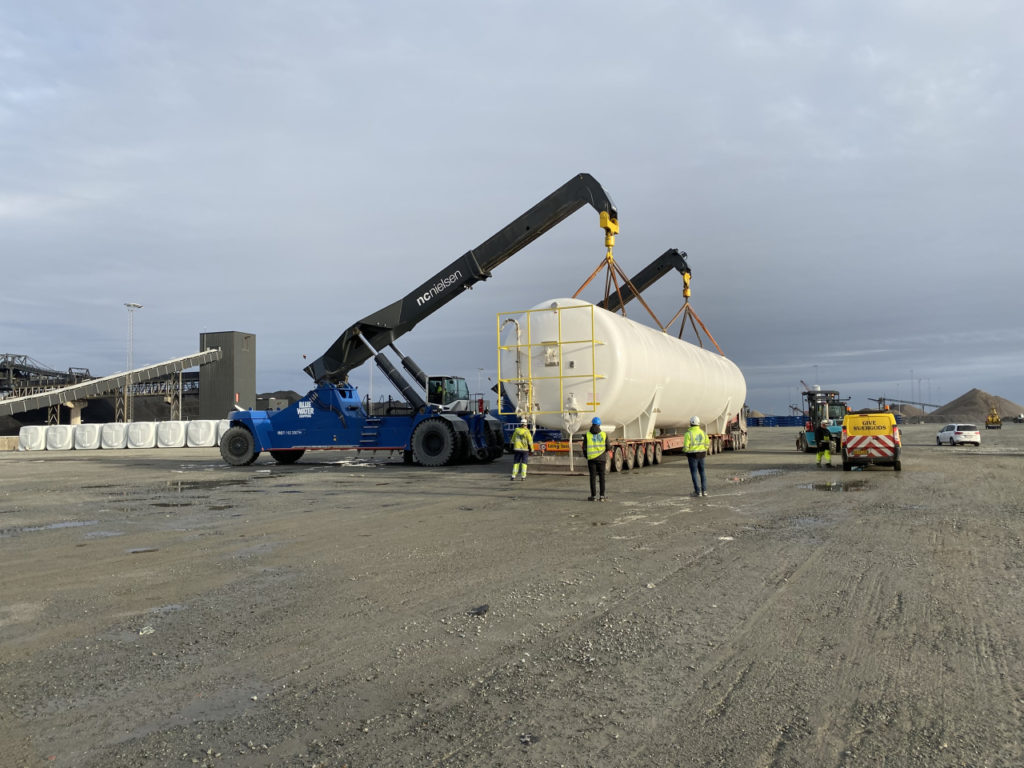 “The project went as planned to the client’s complete satisfaction. In a close cooperation between our strong teams in the Project department, Stevedoring, Terminal and Agency department, we managed to offer the full package that made it possible for HM Global Projects to use Blue Water as their full-service supplier of the local handling and delivery in Denmark”, says Kasper Vahlun Junge, Project Manager, Energy & Projects, Blue Water Esbjerg. “We contacted Blue Water at an early stage as we wanted to engage a professional and reliable partner due to the difficulties in this project. Throughout the entire tendering phase, we have had professional support behind us with good knowledge, and our idea of Blue Water as a professional company has been confirmed. The solution they offered was really good, and the fact that Blue Water was capable of handling the full scope was a determining factor in our decision-making”, says Hürol Aslan, General Manager, HM Global Projects. Hürol, who met Blue Water’s team in Esbjerg during the discharge operation, adding: “I am thankful to Blue Water’s team in Esbjerg for their great hospitality”. 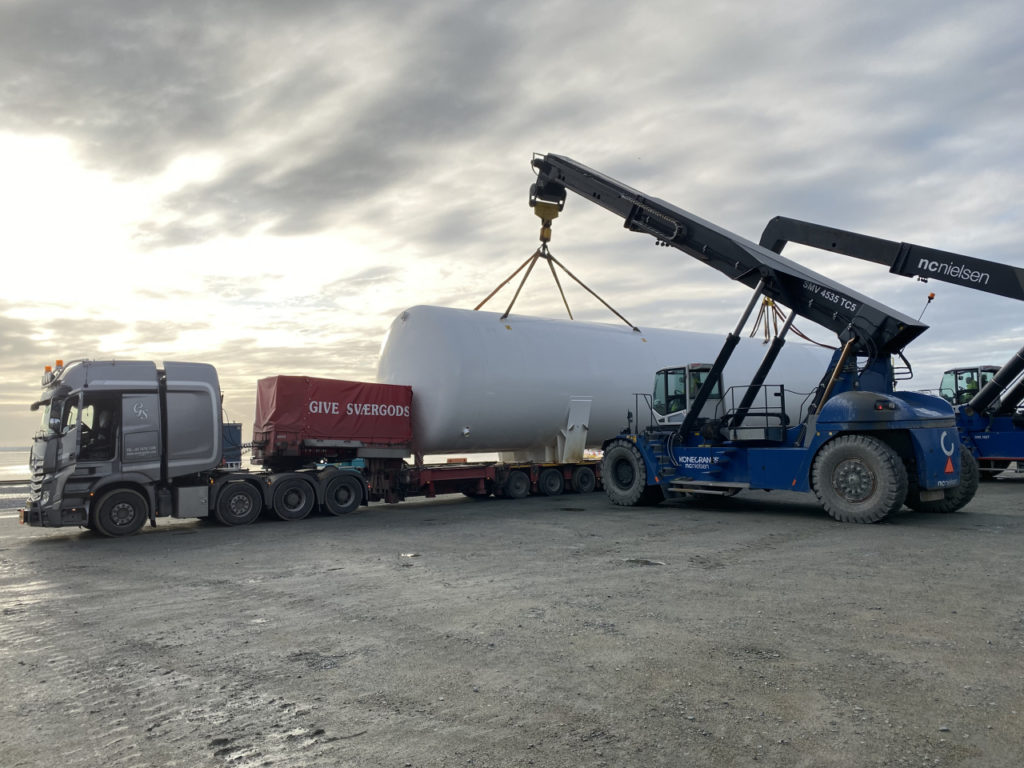