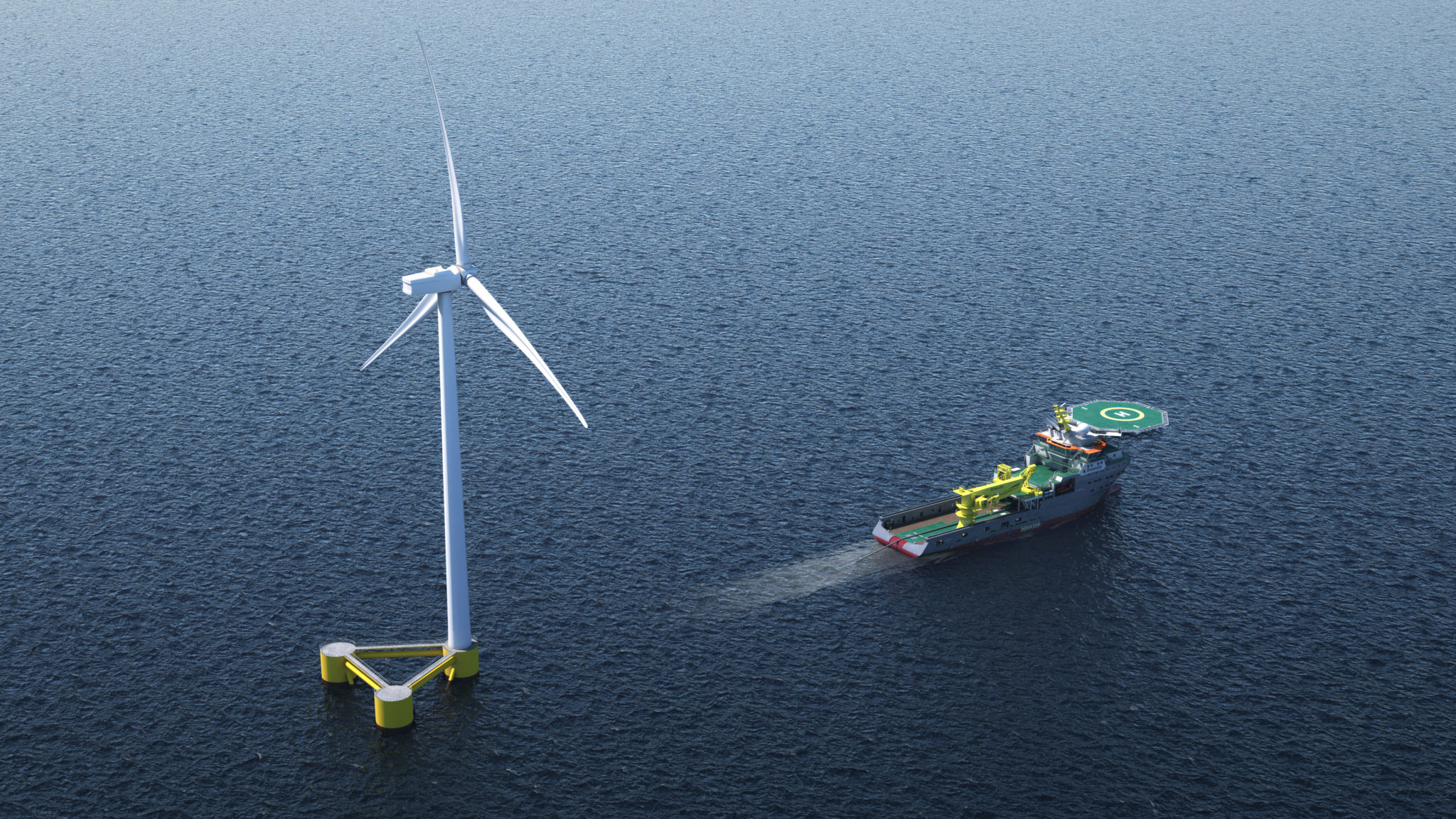 For Cobra Wind International Ltd, Boskalis will transport and install five floating wind turbines for the Kincardine offshore wind farm fifteen kilometers off the coast of Aberdeen. This will be Boskalis’ first floating wind farm project. The turbines with a capacity of 9.525 megawatts each will be anchored at a depth of sixty to eighty meters. In September 2020, the heavy anchor handling tug (AHT) BOKA Falcon will start installing the anchors and chains on the seabed. In the meantime, the floating foundations will be transported from Ferrol in Spain to Rotterdam, for which Boskalis will deploy the Fjord as a semi-submersible barge. In Rotterdam, the wind turbines will be mounted on the foundations, after which the floating wind turbines are towed to the wind farm. In addition to the BOKA Falcon and Fjord, three Boskalis AHTs will be deployed on this project.

Boskalis will install twenty bridge sections for the 4,600-meter-long Çanakkale 1915 bridge in Southwest Turkey. The floating sheerleg crane Asian Hercules III, one of the few sheerlegs in the world with sufficient outreach, will be deployed for lifting and installing the sections. A Boskalis AHT will provide assistance during the execution of these activities, which will take place in 2021. Boskalis was already involved in the construction of the bridge in 2019 with the installation of the foundations of the bridge pylons and various other lifting and transport operations of steel and concrete bridge elements. The client is DSLY; a consortium of the South Korean Daelim and SK Group, and the Turkish partners Limak Holding and Yapı Merkezi.

Decisive factors for the award of both contracts are Boskalis’ versatility in the field of offshore transport and installation work and the wide variety of specialized Boskalis equipment with which it is able to fully execute the projects.