In the early morning hours on a frigid night in Jan. 2014, the Rose Bowl, a popular entertainment spot in Mason City, IA, caught fire. The bowling alley and restaurant was a local fixture since the 1960s. Presidential and other political hopefuls regularly used it for rallies. But now it was damaged beyond repair.

For the next seven years the building sat vacant, becoming an eyesore at the entrance of the city.

Recently, however, the branch was given new life by Barnhart’s Mason City branch. According to an article in the Globe Gazette, the once-dilapidated old building has been converted into an office and garage space. 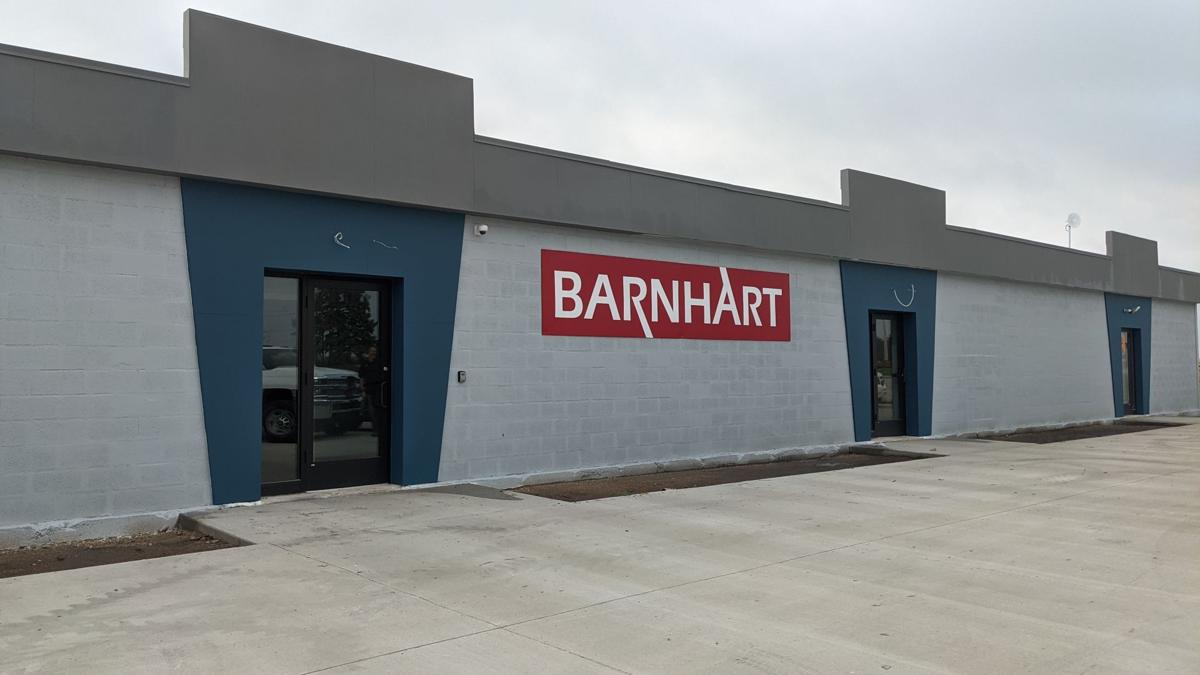 The site’s transformation wasn’t overnight and the branch considered other locations before settling upon the 2nd Avenue site. According to Branch Manager Dan Ford, who spent time at the Rose Bowl in his younger days, “A lot of vision was needed to build what we currently have now.”

Barnhart did a build-to-suit project with the property owner. The outside was brought up to grade and rocked. The inside space was renovated and now shows little resemblance to the bowling alley that once occupied the space, except for a few lines from the bowling lanes on the cement floor.

The project is a win-win for both the city and Barnhart.

For Mason City, an abandoned building in a prominent location is now occupied. This provides a potential cornerstone for future development. Just as vacant buildings have a negative impact on surrounding areas, revitalized buildings have a positive one.

Barnhart gets a spacious new office with plenty of room for equipment and employees. This includes around 20,000 square feet (1,858of inside space and 6.5 acres (2,63ha) of outside parking and storage space. The location is also ideal.

“This location provides us with room for growth,” says Ford. “Plus, it has easy access to all main state highways and interstates, and still sits in the center of our customer base.”