Passers-by were treated to a rather rare site in a pedestrian zone at the end of January in Frankfurt city centre – a 5-axle mobile crane extended its long telescopic boom high above the fronts of the buildings. Hanging from its hook were components of an elevator shaft which had to be installed at the rear of one of the buildings. The red crane was the Liebherr LTM 1230-5.1 operated by Frankfurt-based crane and heavy haulage specialist Autodienst West Ganske GmbH (ADW).

As the pedestrian zone was the only possible site for the crane, the work had to be carried out on a Sunday. Weekend work is nothing out of the ordinary for crane contractors as they regard themselves as service providers who are available at all times for their customers.

One challenge was not to damage the smart paving stones of the pedestrian zone: because the supports of the Liebherr 230t crane can press on the ground with up to 113t each when in use. Therefore, the ADW team first laid rubber mats on the pavement before four steel load distribution plates, each measuring nine square metres, were laid out at the designated positions of the crane supports. These plates enabled the maximum ground pressure to be limited to 12.5t / m².

The LTM 1230-5.1 was ballasted with 72t of counterweight for this job, because the heavier component of the lift shaft, which had to be lifted in two parts at a lifting height of 30m and an outreach of 40m, still weighed 6.5t. The crane and team completed the job with ease, which meant that the 60t crane was able to leave the site again just eight hours later.

The Liebherr LTM 1230-5.1 mobile crane has a 75m telescopic boom, making it ideal for working with the boom fully raised and at large hook heights, for example for erecting tower cranes or maintenance work for wind turbines. As the job in Frankfurt city centre showed, however, this universal crane can also easily complete jobs which require large radii.

Autodienst West Ganske GmbH has more than 75 years of experience as a crane and heavy haulage contractor. The Frankfurt-based company is now part of the Hüffermann Group, which provides a full range of crane and heavy haulage logistics services. In addition to mobile & crawler cranes with lifting capacities of up to 750t, and tower cranes, the company can also provide truck loading cranes, mini-cranes, truck work platforms, heavy installation services, traffic management & glass installation work as well as haulage services for heavy and special loads of up to 100 tonnes, including transport escort and permit services. 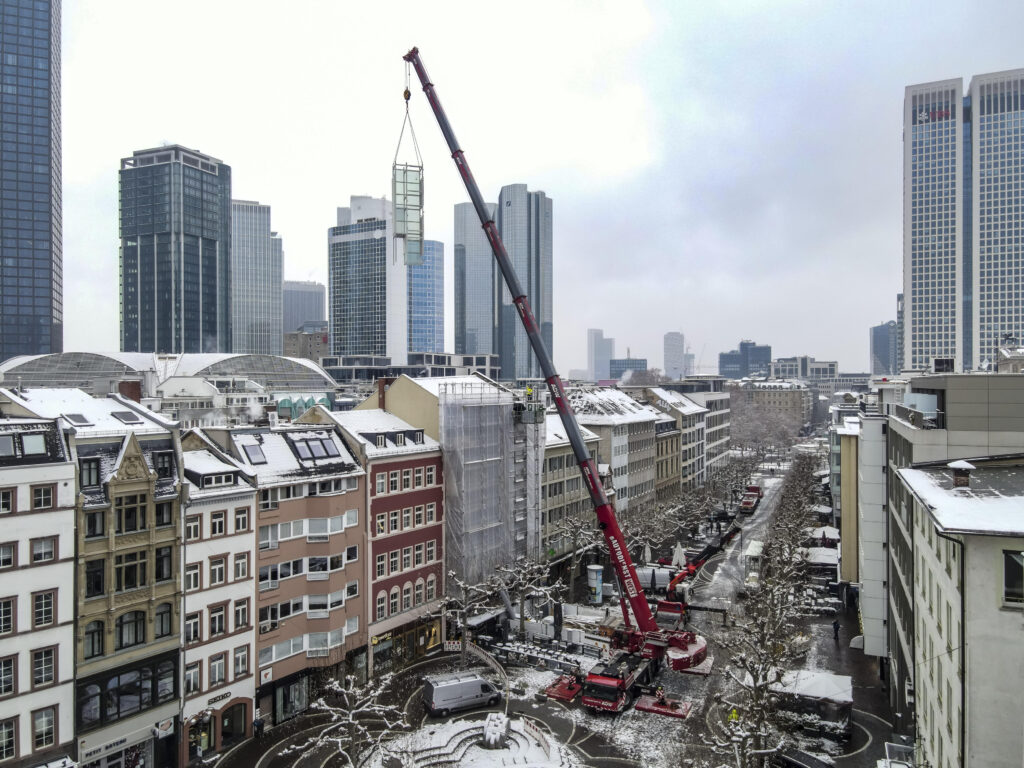 The components, weighing up to 6.5 tonnes, were installed with a radius of up to 40 metres. 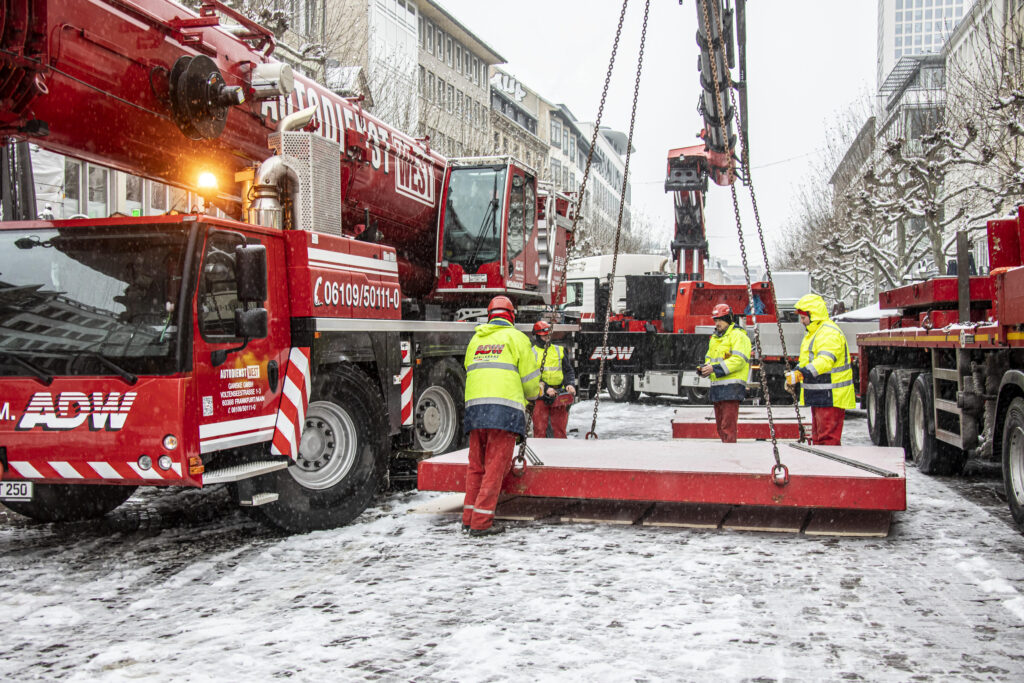 The Specialized Contracting Company CRANES reinforces its crane fleet with a 400-tonne crawler crane purchased direct from the manufacturer.