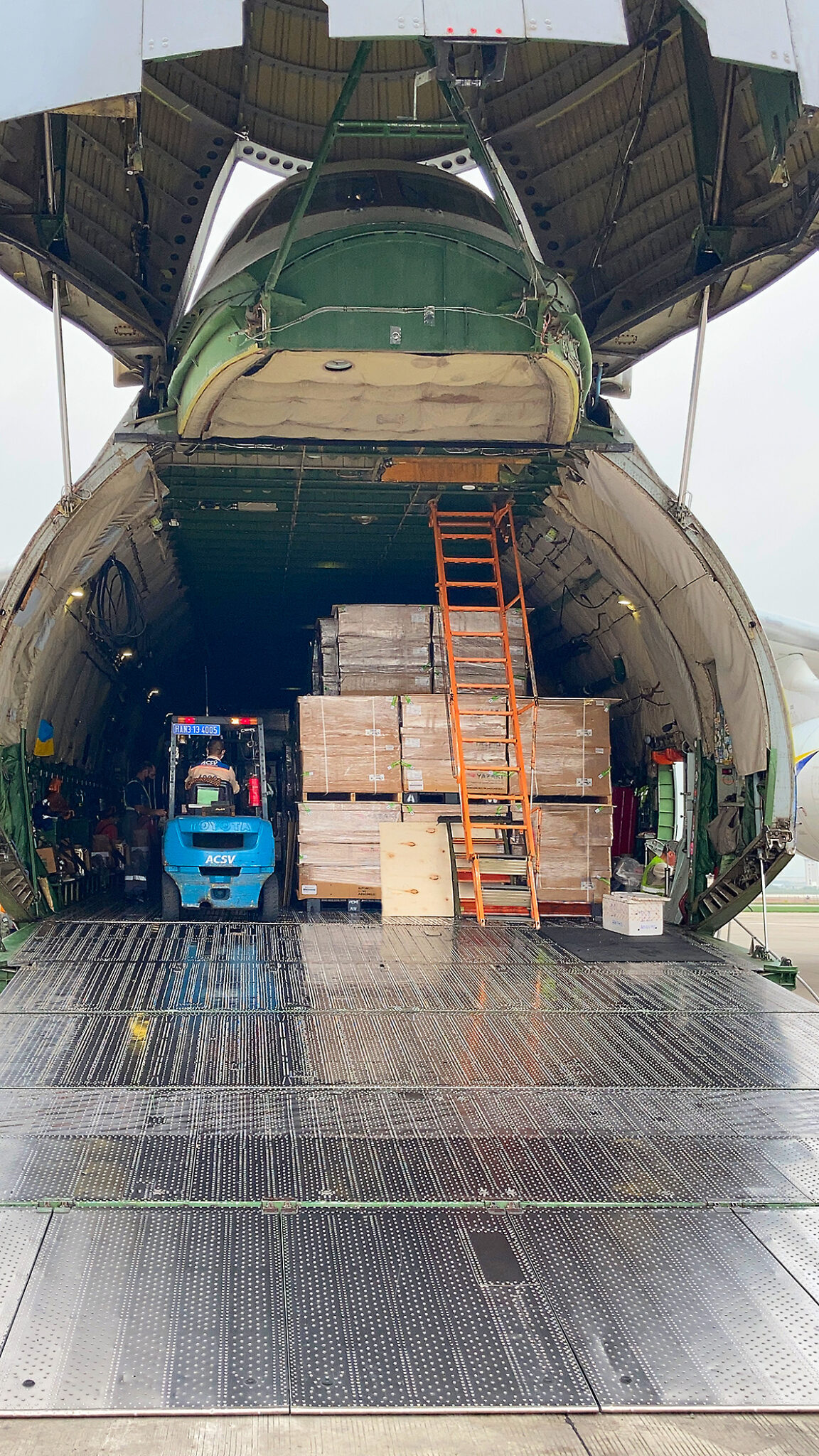 The Cargo from Indoesia and Vietnam to Ohio, USA, was in response to increasing demand from vehicle manufacturers as plants across the USA reopened

Antonov Airlines has safely transported 80t of automotive parts on a route from Indonesia and Vietnam to Ohio, USA to support increasing demand from vehicle manufacturers as plants across the States reopen.

The Open Skies Agreement between Ukraine and the USA, which promotes an increase in travel, trade, productivity, and economic growth between the two nations, meant Antonov Airlines was able to rapidly provide one of its AN-124-100’s to carry the cargo.

“We have seen an increase in demand for automotive cargo, and a double pick-up is not usual in the day-to-day operations of the AN-124-100,” said Iryna Kyianytsia, Commercial Executive at Antonov Airlines.

“There were additional challenges ensuring compliance with COVID-19 restrictions in different nations, but thanks to well-organised work and communication with The Flight Lab Aviation Consulting LLC, which chartered the flights, the cargo was safely and successfully transported in full and on time.”

It took four days to complete the route with technical stops required in Japan and Alaska to accommodate crew rests and aircraft refuelling before reaching Ohio.

Aircraft crew received rapid COVID-19 tests during each rest window prior to receiving clearance to travel to the next technical stop airport.

“These flights were not your run-of-the-mill charters,” said Adam Green, Founder and Chief Executive Officer at The Flight Lab Aviation Consulting LLC.

“Due to the nature of the cargo and the double pick-up in two different countries, the planning had to be precise and executed perfectly.

“All the cargo was Just-In-Time, to support a large automotive manufacturer; with the help of the consignee V. Alexander in the USA, each flight went off without a hitch.”

There has been an increase in demand across the globe for automotive parts since the beginning of 2021 as vehicle manufacturing resumes after slowing in 2020.

Antonov Airlines operates seven AN-124-100s, as well as the unique AN-225 “Mriya”, the largest cargo aircraft in the world with a payload of 250t.

Mammoet has successfully completed the weighing and loading of 60 modules for Cianbro’s furnace shipment project at their module manufacturing facility in Brewer, Maine. The modules are destined for a major petrochemicals plant in the USA.