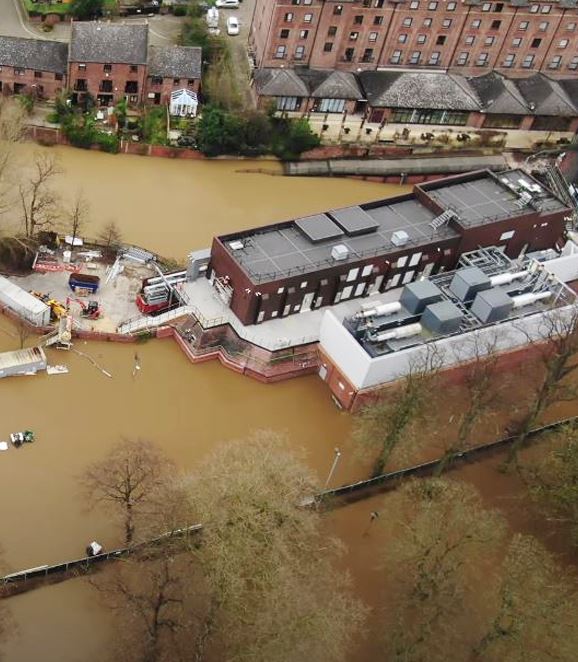 Ainscough Crane Hire has played a pivotal role in helping to protect homes and businesses from flooding by installing a new lifting flood gate at York’s Foss flood barrier.

The old gate was replaced as part of the Environment Agency’s £38m upgrade to the barrier and pumping station, which will reduce flood risk for 1,200 properties. The work was ordered following extensive flooding on Boxing Day 2015 after water from the River Foss burst into the city centre.

Ainscough Crane Hire was enlisted by AIS Vanguard Ltd to complete the lift, who was, in turn, working for engineering and construction firm JBA Bentley.

Installation of the new 18-tonne gate, which is 8.5m tall, had to be temporarily paused as a result of the River Ouse rising to more than four metres above normal summer levels during Storm Christoph.

The first part of the lift – taking place over two days – was carried out by Steve Kennedy and Clark Stewart. The work was completed the next week over three days by Sean Mason and James Anderson Laird. A 500t crane was used on both occasions.

The taller replacement gate will provide increased protection for homes and businesses by stopping floodwater from the River Ouse backing up along the River Foss after heavy rainfall.

This latest milestone brings the Environment Agency’s upgrade to the Foss Barrier pumping station one step closer to its scheduled completion date of June 2021. 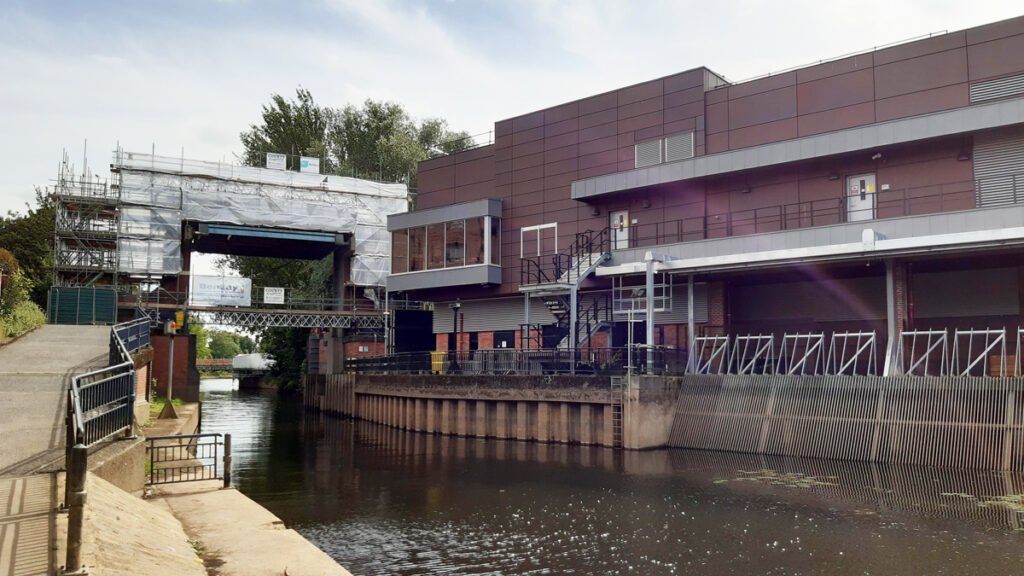 A spokesperson for Ainscough Crane Hire said: “At Ainscough, we are very aware of the importance of flood defences. We’re proud of our work responding to emergencies by securing bridges at the risk of collapse, and also working with our clients to help install infrastructure that provides long term solutions to mitigate the potentially catastrophic risks of heavy rainfall, both in terms of personal safety and damage to buildings.

“The new flood gate at Foss Barrier is part of a very impressive range of improvements put in place for the people of York, and we were very happy to play a role in its delivery.”

Mark Fuller, project lead for the Foss Barrier improvement scheme with the Environment Agency, said: “Today saw a major milestone in our plan to provide better protection for residents and businesses in York from flooding.

“We have invested £38 million in improvements to the Foss Barrier to reduce the risk of flooding for around 1,200 properties in the local area which now includes a huge, much taller flood gate being air-lifted to the site which will replace the old one.

“This will stop floodwater from the River Ouse backing up along the River Foss after heavy rainfall. It means that the upgrade to the pumping station is one step closer to being completed.”