ACT Arabian Consolidated Trading Est. has become the first company in Saudi Arabia to take delivery of a Liebherr LTM 1650-8.1 mobile crane. The company previously reported positive experiences with its predecessor model, the Liebherr LTM 1500-8.1. The LTM 1650-8.1 is expected to set new standards in the Saudi Arabian crane market. ACT opted for the full equipment package including both telescopic boom lengths, 54 and 80 metres, at the time of purchase. Having enjoyed a good business relationship with Liebherr since 1987, ACT has full confidence in Liebherr’s service organisation and crane technology. 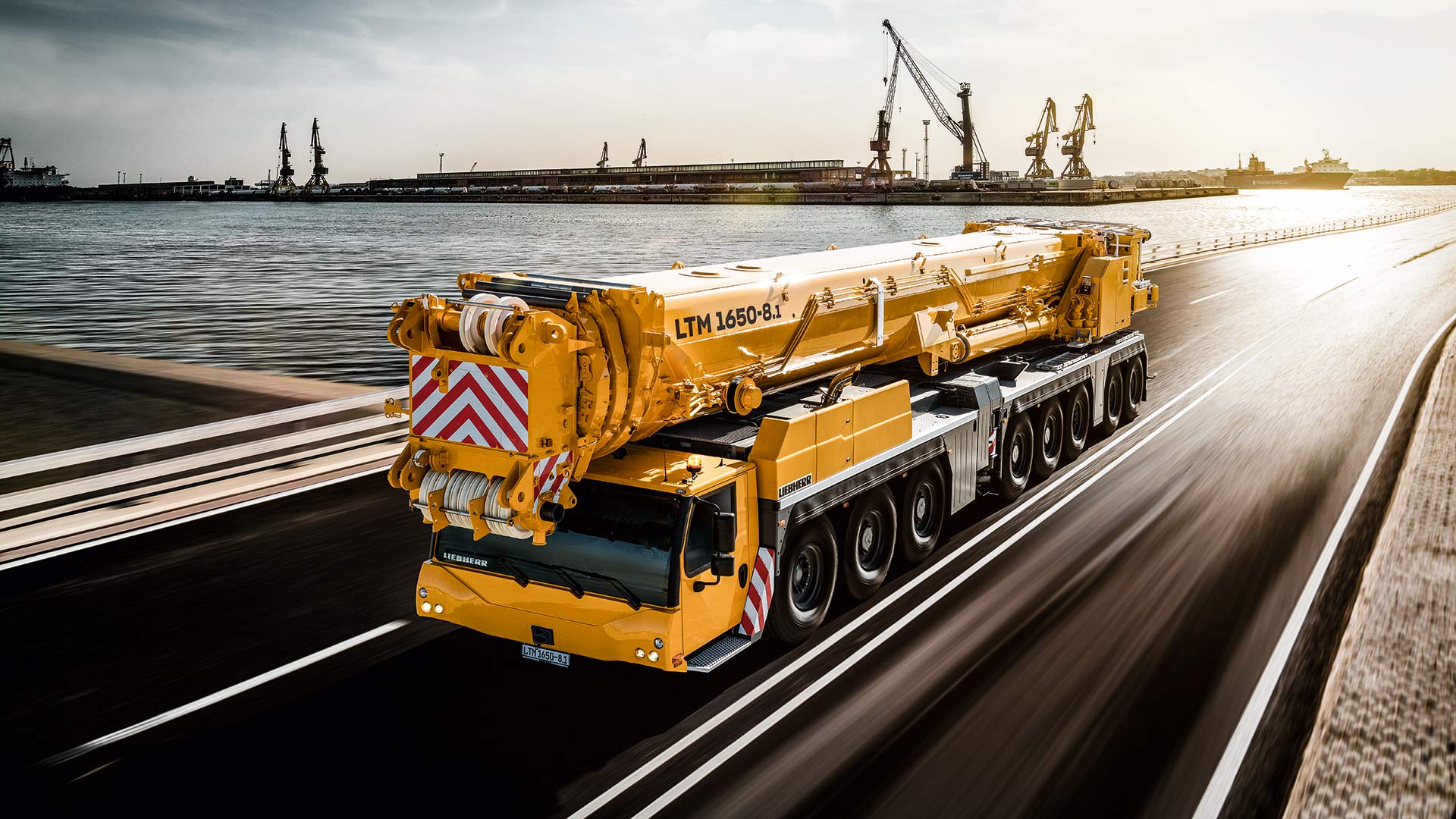 Crane and heavy lifting company ACT has taken delivery of its first LTM 1650-8.1 in Saudi Arabia. Its predecessor model, the LTM 1500-8.1, had previously been successfully used by ACT. “The LTM 1500-8.1 is a proven crane within the ACT Group that has also impressed our customers,” says Hassan Mohammed Rashid Al-Naimi, founder and president of ACT. The new LTM 1650-8.1 outperforms its predecessor by 15 to 50 per cent in terms of load capacity – depending on the equipment. “We wanted to have Saudi Arabia’s first LTM 1650-8.1. ACT has always been a pioneer and has set standards in the crane business in Saudi Arabia. And we have now done this once again with the new 700-tonne crane,” explains Al-Naimi.

At ACT it is standard practice to buy fully equipped cranes – the Saudi Arabian company therefore did likewise when purchasing the LTM 1650-8.1, acquiring both telescopic boom lengths in the process. The new crane can be equipped with a 54 or 80-metre boom. To switch between them, only the corresponding telescopic sections must be changed, rather than the entire boom. This option allows the advantages of both boom variants to be exploited. The 80-metre boom offers large hoist heights and radii, making ACT’s new 700-tonne crane suitable for jobs that fall between the capabilities of the LTM 1500-8.1 and the LTM 11200-9.1. The 54-metre telescopic boom offers advantages in terms of mobility, allowing the crane to travel on the road with the front supports and a twelve-tonne axle load. To minimise the set-up time, however, the rear supports are installed as complete support boxes in a single hoist and connected using quick couplings. “We need a fast crane, a so-called taxi crane. The LTM 1650-8.1 is easy to mobilise. This is important for emergency maintenance work in the refineries, where we only have four hours to set up for shutdown work. The new 700-tonne crane is the best choice here,” explains Al-Naimi.

The technical aspects of Liebherr cranes are highly valued by ACT. “Generally speaking, everyone here at ACT is convinced by the standards Liebherr sets each time they launch a new product.” This satisfaction with Liebherr cranes also extends to ACT’s customers: “Our customer Aramco is very satisfied with Liebherr in the field of refinery maintenance and shutdown work in particular,” says Al-Naimi. This is also where the main application areas for ACT’s new LTM 1650-8.1 lie. Liebherr’s fast and reliable service is also very important for ACT, since it keeps crane downtime to a minimum.

ACT purchased its first Liebherr crane in 1987. “Willi Liebherr’s visit to our site in 1992 strengthened our business relationship even further,” says Al-Naimi. “Apart from our partnership, we are very satisfied with Liebherr’s service and local presence in Saudi Arabia. This is also the reason why our customers prefer Liebherr for these types of large orders.”

The crane and heavy-duty company ACT Arabian Consolidated Trading Est was founded in Saudi Arabia in 1986 and has grown steadily ever since. Besides its many years of experience in the area of crane and heavy-duty equipment rental, the company also focuses on modernisation measures. In total, ACT Arabian Consolidated Trading Est operates 238 cranes, 180 of which were manufactured by Liebherr. Headquartered in Jubail, the company has offices in Dubai, Riyadh, Dammam and Yanbu and employs a total of 1,000 people. The company’s focus is on crane rental and operations in refinery maintenance and decommissioning.

Major Project Debut in UK for Liebherr 1650-8.1 Completed with Ainscough