Able UK has welcomed the Government’s approval for changes in the development plans for a world-class facility to serve the needs of the offshore wind sector on the South Bank of the Humber. 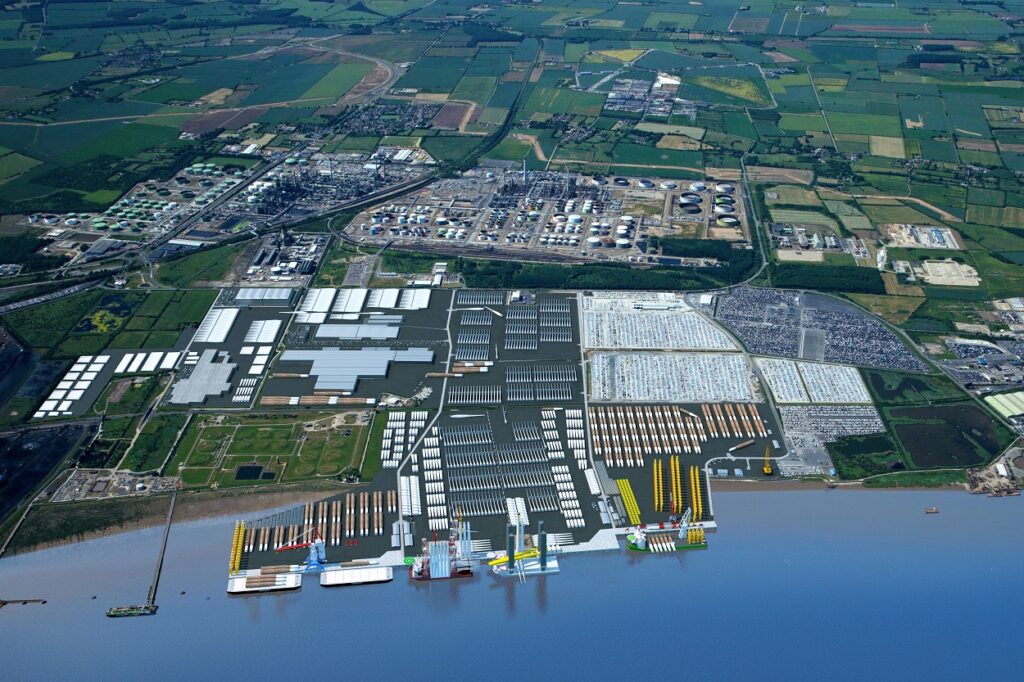 A CGI image of the Able Marine Energy Park

The first phase of works at the Able Marine Energy Park will see the development of up to 536acres of land and construction of 1,349metres of heavy-duty deep-water quays and Peter Stephenson, Able Group Executive Chairman, explains that the consent approval will enable the adaptation of the facility to meet the changing techniques and types of vessels deployed by the offshore wind sector.

Explains Mr Stephenson “Primarily the changes will focus on the geometry of the quays and will enable the construction of a barge berth. The main activities at AMEP will cover the manufacture, storage and installation of offshore wind components within a unique bespoke industrial cluster. The quays will provide four adjacent installation bases with a likely annual capacity to install around four gigawatt of offshore wind power.”

In his approval letter the Secretary of State made the following comment:

“The Secretary of State is of the view that the need for this Development as set out in his letter of 18 August 2014 has further increased as a result of Government’s target of for 50GW of offshore wind capacity by 2030, which this project will assist in achieving, noting that the proposed changes will also allow for the processing of larger turbines than allowed under the 2014 Order”

The UK Government has identified AHP as a strategic location in the National Renewable Infrastructure Plan and HMG UK Treasury has confirmed AMEP as the UK’s largest Enterprise Zone, attracting 100% enhanced capital allowances.

All graphics courtesy of Able UK