The operation involved the transport of 20,000FRT of fabricated breakbulk reclaimer components from Henderson to Port Hedland in Western Australia – infrastructure that will uplift the port capacity of an iron ore mining facility in Nelson Point. 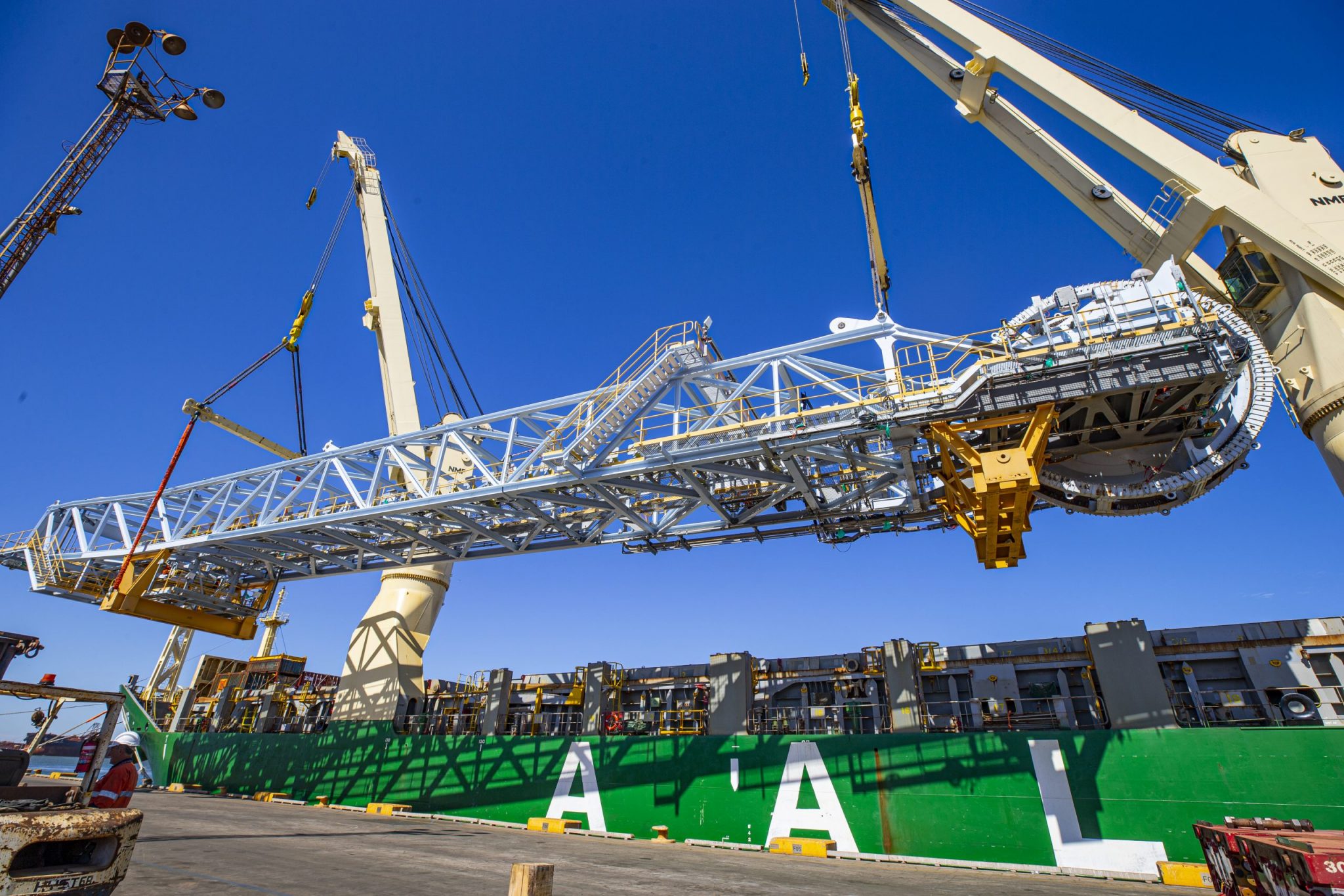 The largest component was the bucketwheel boom at just under 65m long, with all components cumulatively covering an area of more than 1,800m² on the vessel.

The lift, stowage, and transport of these units – the largest of which was the bucketwheel boom at just under 65m long – was undertaken by the crew of the AAL Nanjing, working in close cooperation with AAL’s transport engineers who had been planning the operation since the start of the year.

AAL’s Head of Transport Engineering, Nicola Pacifico, explained, “Due to the large and unconventional size of the reclaimer components, which covered a total area on the vessel of more than 1,800m² , the lifting and stowage challenges were significant.

“The collaboration proved successful, and the cargo was safely discharged in Port Hedland on schedule for onward transport to Nelson Point, where it will be used in the handling of iron ore.”

Sarens CC3800-1, the first of its kind in Australia, installs rail bridge girders for Eliwana Mine and Rail Project in Australia.