AAL on Salvage Operation of 2 Tugs in Tasmania

AAL Shipping (AAL) has undertaken a salvage operation to remove two tugs from the Mersey River in Devonport on the north-west coast of Tasmania that had been sunk by a cement carrier in January.

AAL Melbourne on an earlier voyage

Chosen for the job was the 31,000DWT 700t heavy lift vessel, the AAL Melbourne, and involved the lifting of the tugs and their onward shipment along the East Coast to Brisbane. New South Wales based emergency response, salvage and environmental support specialist, United Salvage, engaged AAL to supply a vessel from its longstanding ‘Asia to Australia East Coast Liner Service’. 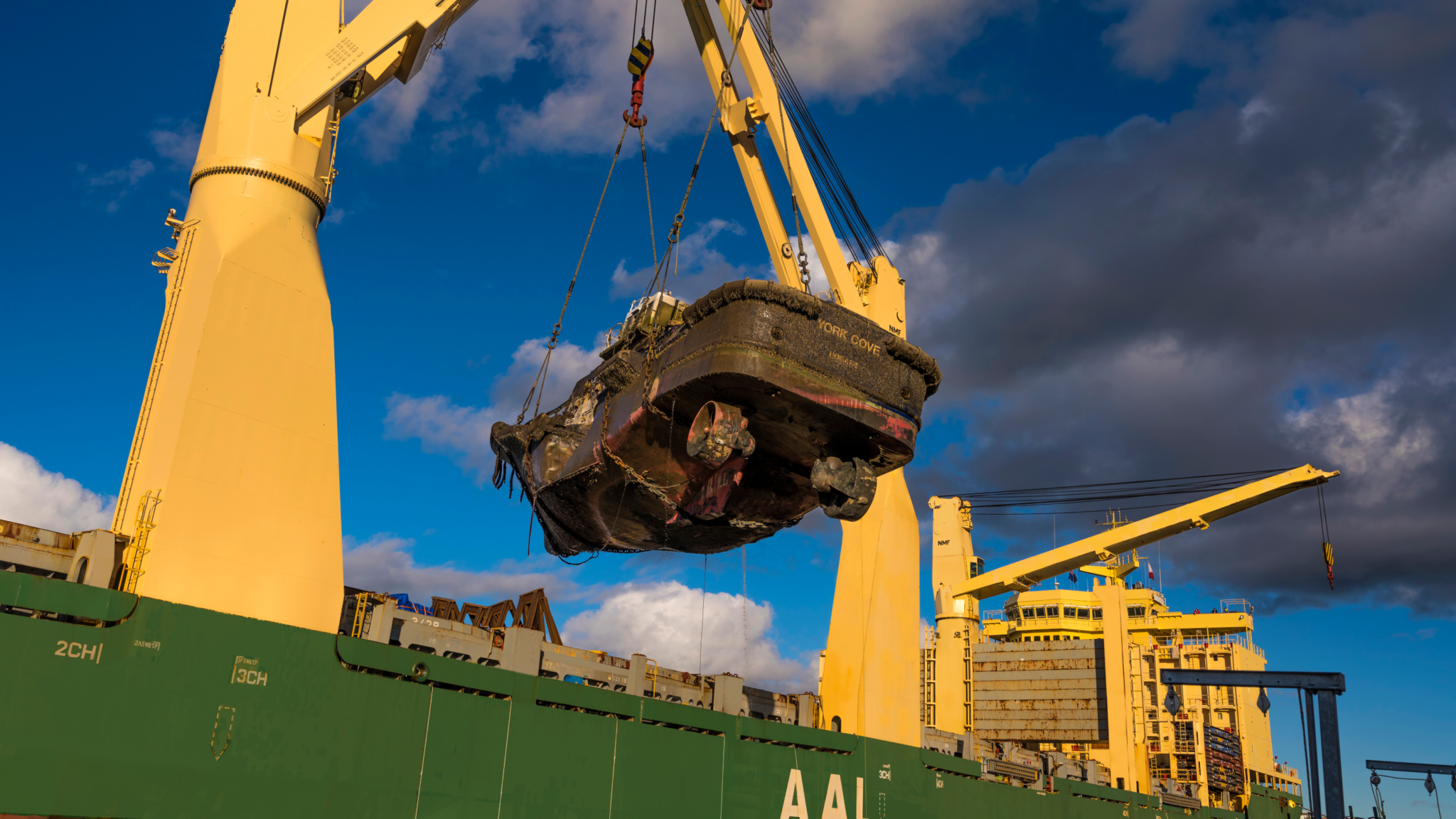 The first tug, the 420t York Cove was carefully pulled out of the Mersey on Sunday 7th August by the AAL Melbourne using her two port-mounted cranes working in tandem – the tug having had large holes cut into her hull to allow trapped water and sediment to drain. 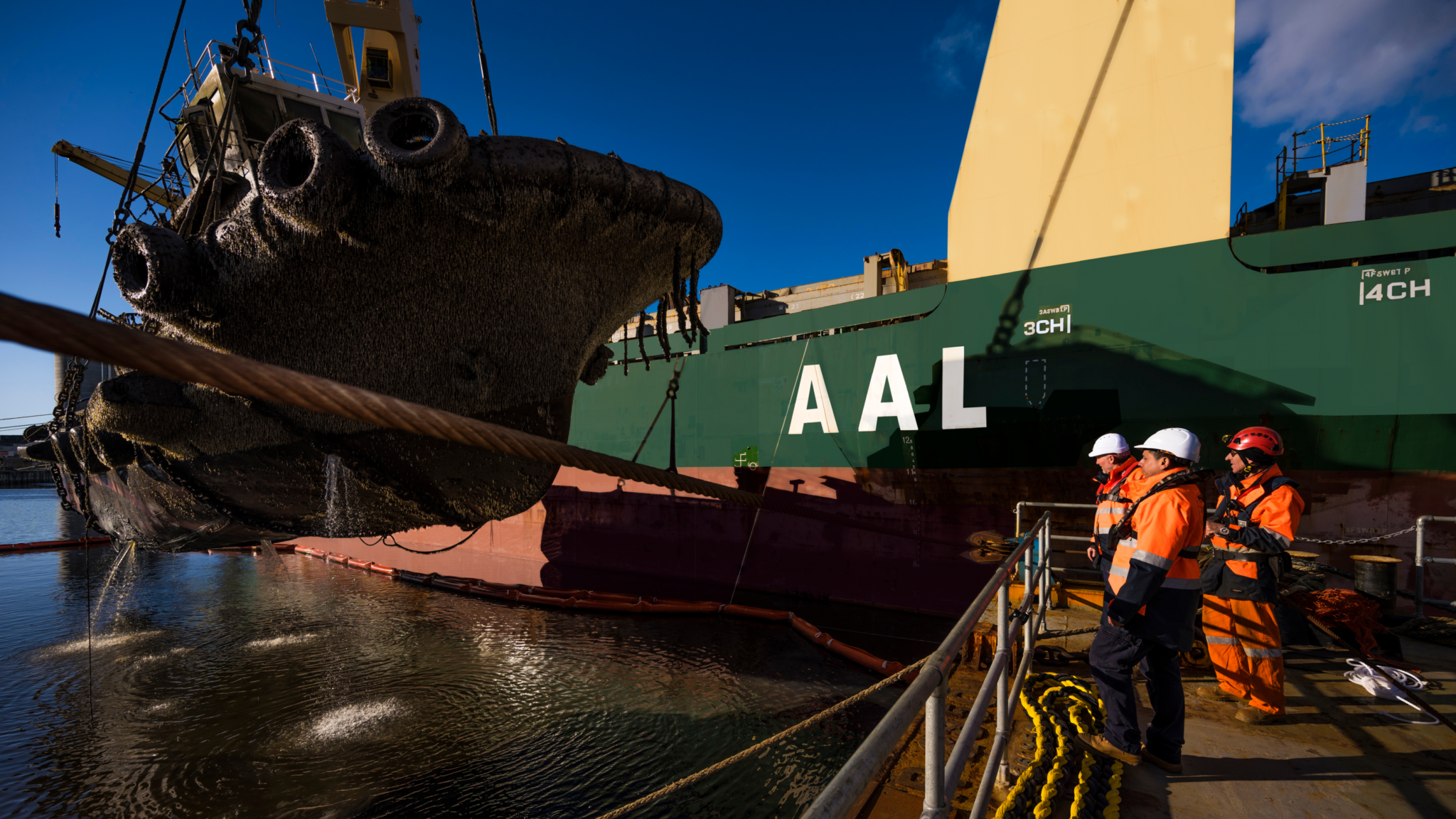 The second tug, the 455t Campbell Cove, was recovered and loaded onto the AAL Melbourne a few days later. Both tugs were securely lashed to the weather deck of the ‘mega size’ vessel in preparation for their onward shipment to Brisbane and utilising specifically designed cradles loaded previously in Burnie. 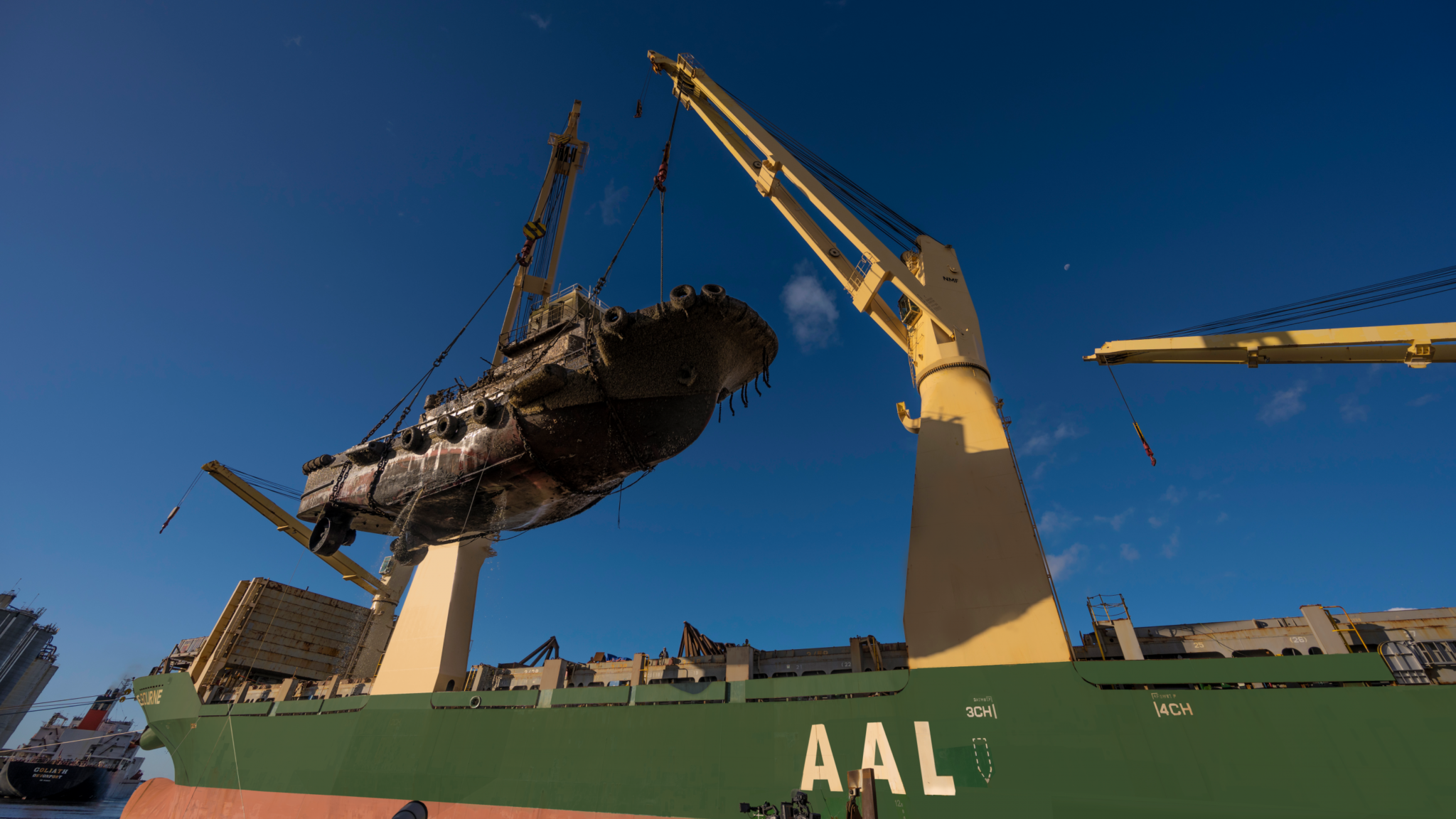 Chris Yabsley, Chartering Manager at AAL Australia commented, ‘United Salvage originally planned to use a floating crane and barge to recover these tugs. However, once we demonstrated that our A-Class vessel could not only recover the tugs but also transport them back up the East Coast for delivery to Brisbane, it was clear that AAL would be the perfect partner.’ 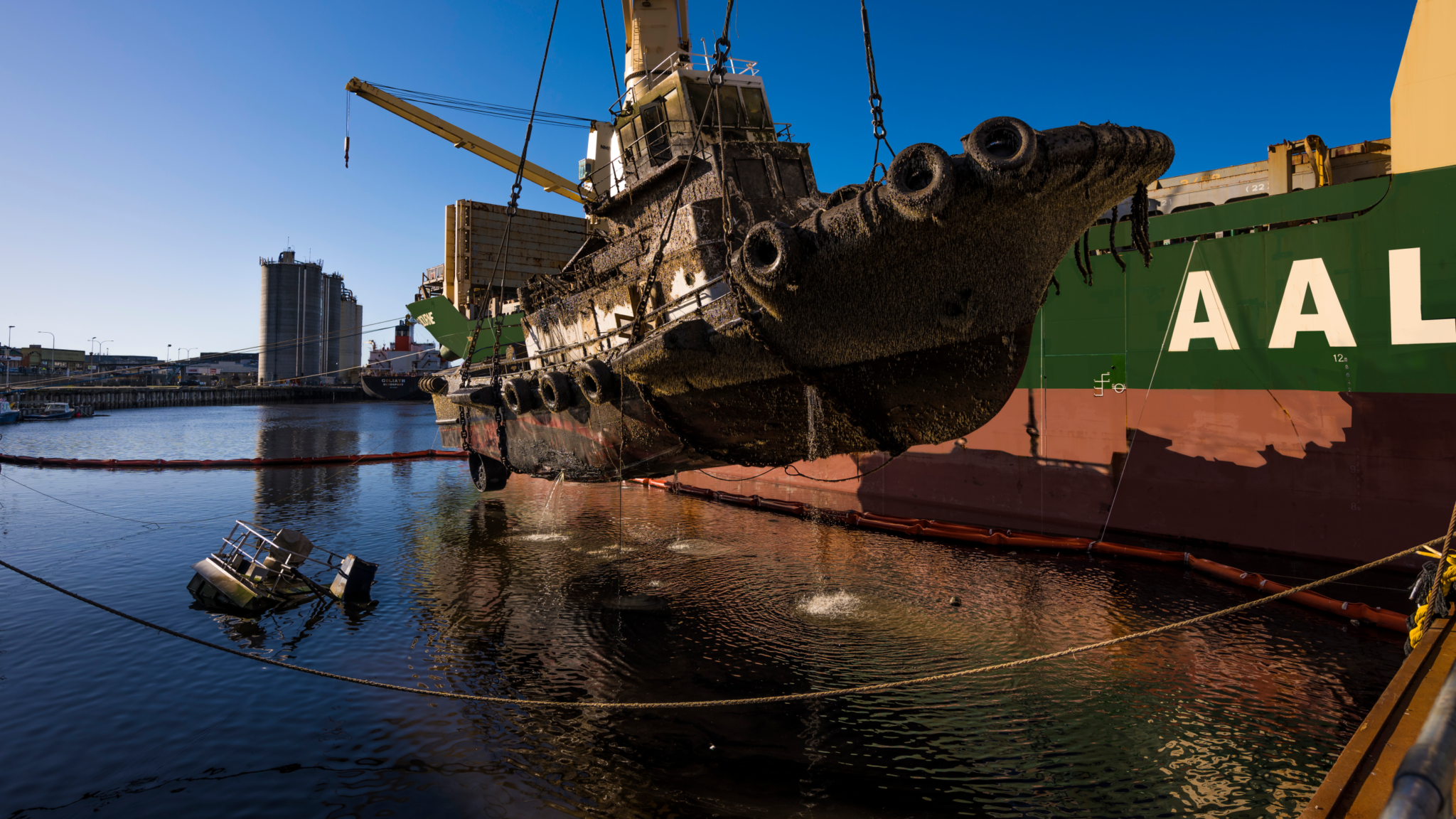 Nicola Pacifico, Head of Transport Engineering at AAL, explained, ‘The recovery was carefully planned and modelled over several months and involved collaboration with several key 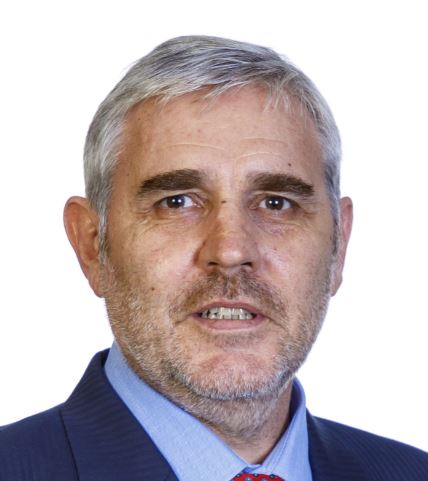 stakeholders including United Salvage, TasPorts and cargo insurers. Even the Australia Maritime Safety Authority (AMSA) was required to confirm our calculations with our ship’s class (DNV). Lifting took time as the tugs weighed significantly more than expected, due to trapped water and fuel. Working throughout the evening on the second tug, the full weight of the tug stayed on our ship’s cranes overnight – awaiting the salvage company to pump out whatever was still trapped inside her.’ 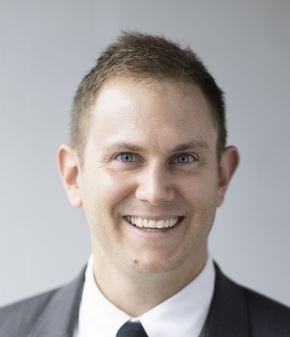 Yabsley added, ‘As the proposed position of our vessel during the salvage operation impacted the swing basin for critical port operations needed to keep Tasmanian supply chains open, we worked closely with the Harbour Master and Pilots to avoid impacting other port movements. The removal of the sunken tugs allows Devonport to return to normal operations.’

TasPorts CEO Anthony Donald estimated that more than 100 people worked on the project, ‘We not only had the significant challenge of tide and weather, but also the natural eddies in the area and potential marine pollution. TasPorts worked closely with EPA Tasmania, which had representatives on site to advise on environmental management. The insurers and salvors, that have extensive international experience, say it was one of the most complex salvage activities they have ever undertaken. The salvage itself was slow and deliberate and reflects the detailed and collaborative planning that was required to complete the operation successfully.’ 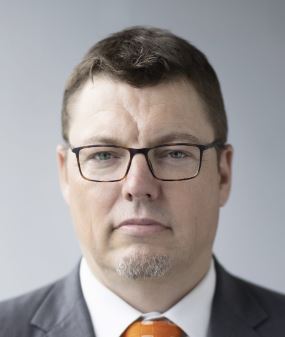 Frank Mueller, General Manager of AAL Australia concluded: “This operation would not have been possible with either a container or ro-ro vessel, which is ironic as in this period of extended port and terminal congestion across Australia, those vessels are being prioritised over MPP and general cargo vessels for port entry slots and our resulting waiting times are severe and imbalanced. It not only showcases the versatility of our modern heavy lift fleet and engineering capability but also demonstrates AAL’s commitment to the Australian market as, unlike other operators, we have serviced the region nonstop for over 25 years – making AAL an easy and obvious choice for United Salvage”

Cable Carousel Shipped from Dubai to Taiwan by AAL