The Gallozzi Group – parent company of SCT – and Liebherr are building upon a partnership that began around 2017. The new LHM 600 HR strengthens an existing fleet of four other Liebherr mobile harbour cranes. It will focus on container operations and is planned for 24/7 operation. The crane’s reliability and flexibility, as well as trust in the provided service, were among the main reasons for the customer to continue investing in Liebherr equipment.

The Salerno Container Terminal (SCT) is a maritime gateway connecting worldwide container shipping networks to South and Central Italy’s import and export markets. It operated the first container vessel at the port of Salerno in 1977 and today ranks among the top Italian port facilities, supplying more than 40% of the country’s consumer population. SCT already benefits from a variety of Liebherr port equipment and mobile harbour cranes, including two LHM 800 and two LHM 600, both in the High Rise or HR version. 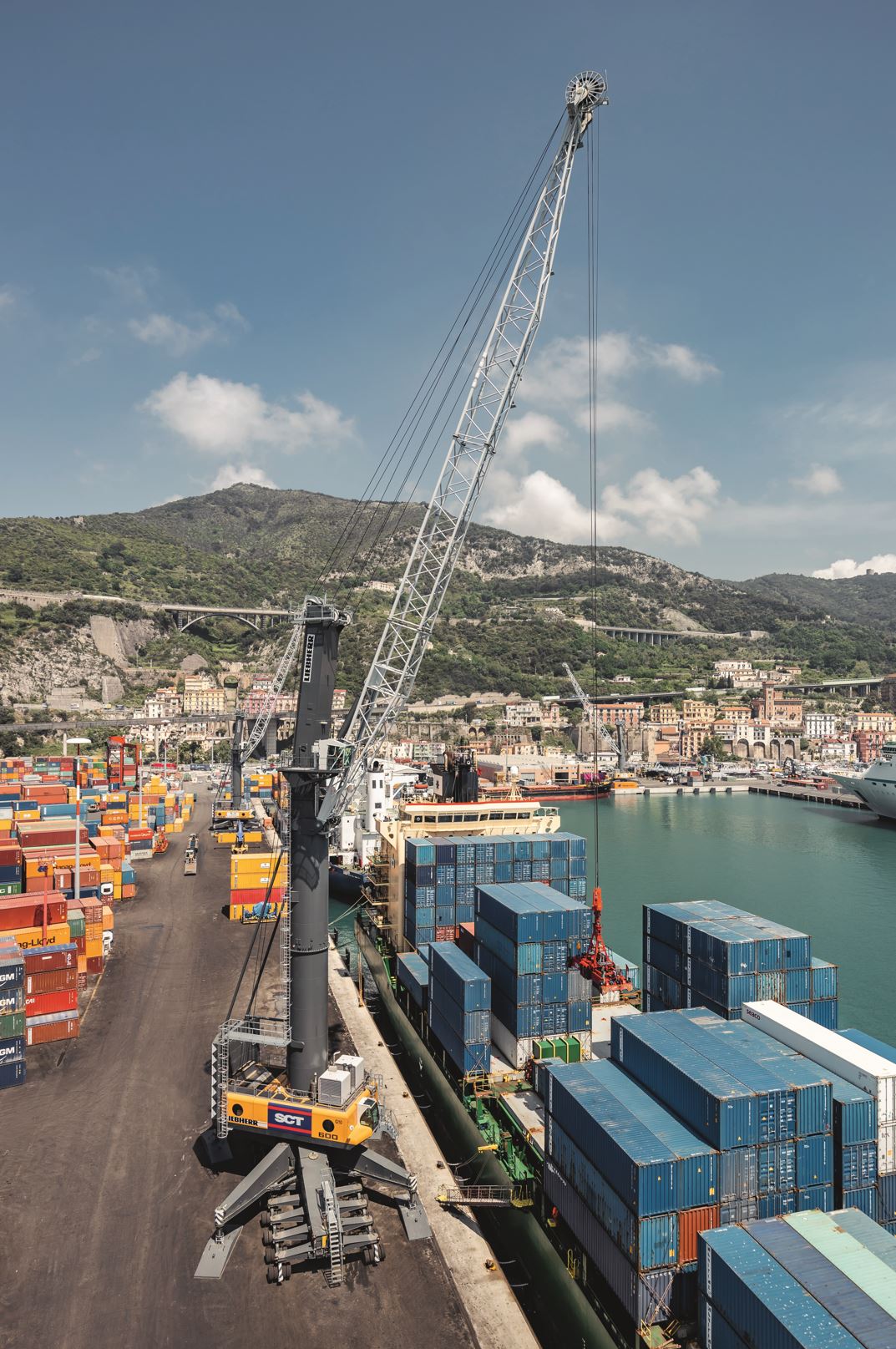 The LHM 600 High Rise version features a higher pivot point, allowing for larger vessels and container rows to be serviced.

The new crane is outfitted with a tower extension of 12 metres. Cranes of this variety benefit from a better view of the cargo/containers, thanks to a higher cabin, which is at 37.1 metres in case of the new crane. The pivot point is also higher, allowing for larger ships to be served. With the crane’s extended range, more container rows can be accommodated. The new crane also features VDL twin-lift spreaders with a capacity of 2 x 32.5 tonnes. The crane is thereby strong enough to lift two containers simultaneously. This allows for notably efficient operations in container handling. This shipment also achieved a remarkably fast turnaround time, with the order being completed in November and the crane being delivered to SCT on December 29, 2022.

“Today the level of competitiveness of ports is no longer measured only by referring to traffic volumes,” remarks Agostino Gallozzi, president of Salerno Container Terminal, “the so-called connectivity index is becoming increasingly important, that is, the number of different markets in the world with respect to which the port can guarantee a maritime connection in favour of local companies. Our use of Liebherr mobile harbour cranes has been invaluable in maintaining a strong operational efficiency and commercial capacity. And our continued investment in these machines has helped us achieve targeted growth and maintain a much stronger connectivity index.” 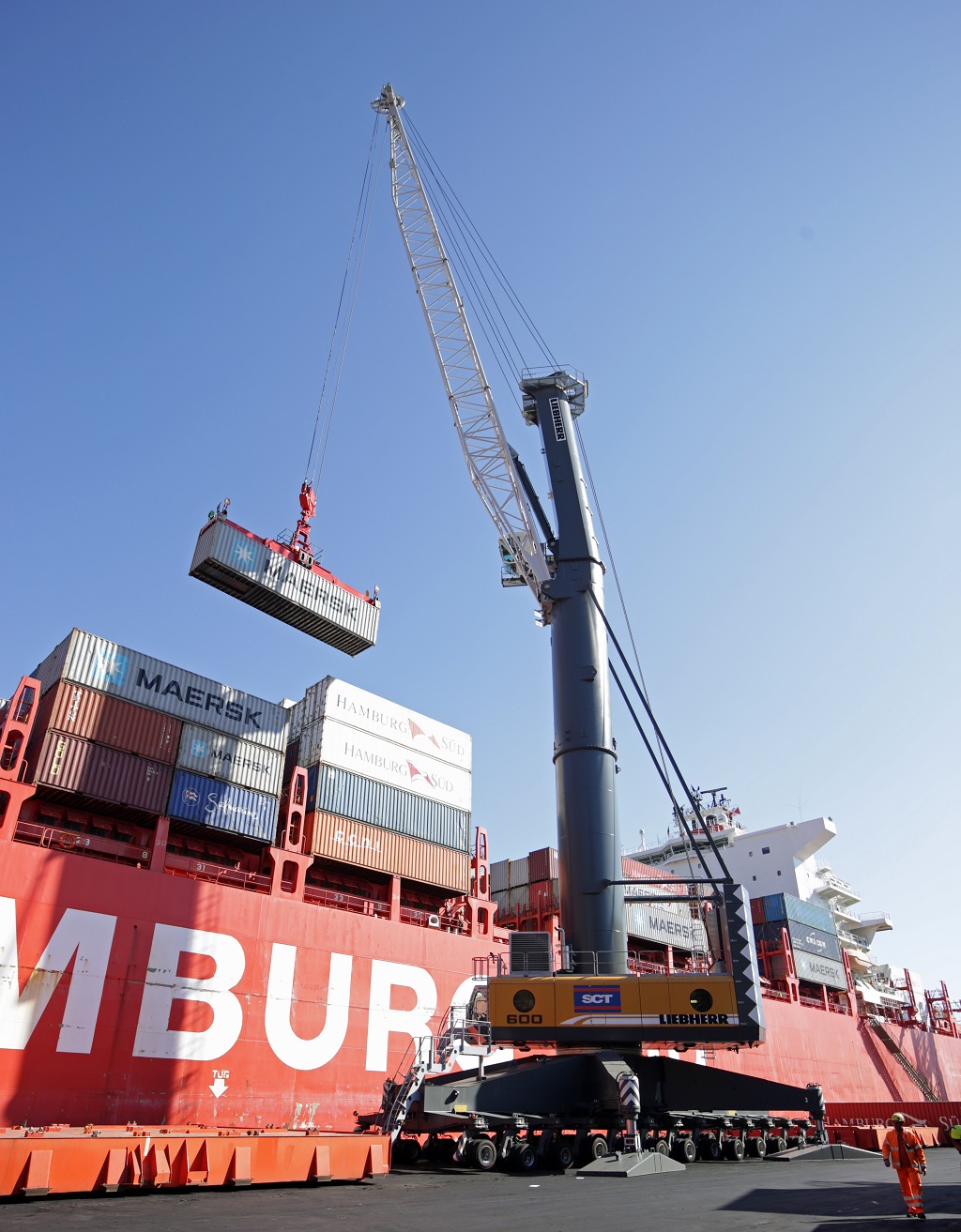 Thanks to a higher cabin at 37.1 metres, crane operators will benefit from improved perspective on cargo and containers.

The new LHM 600 HR will provide reinforcement on its quay for container handling and is planned for continuous operation. The mobile harbour crane has an outreach of 58 metres and is another strong asset to SCT’s port infrastructure, which is supported by four other Liebherr mobile harbour cranes to date. Two of those cranes can service Post-Panamax vessels and are able to handle up to 22 container rows across, equating to 15,000 TEU capacity vessels. SCT operates non-stop throughout the year. Container traffic increased towards the end of 2022, including a growth of TEUs of 11.64% and 11.16% in October and November, respectively. 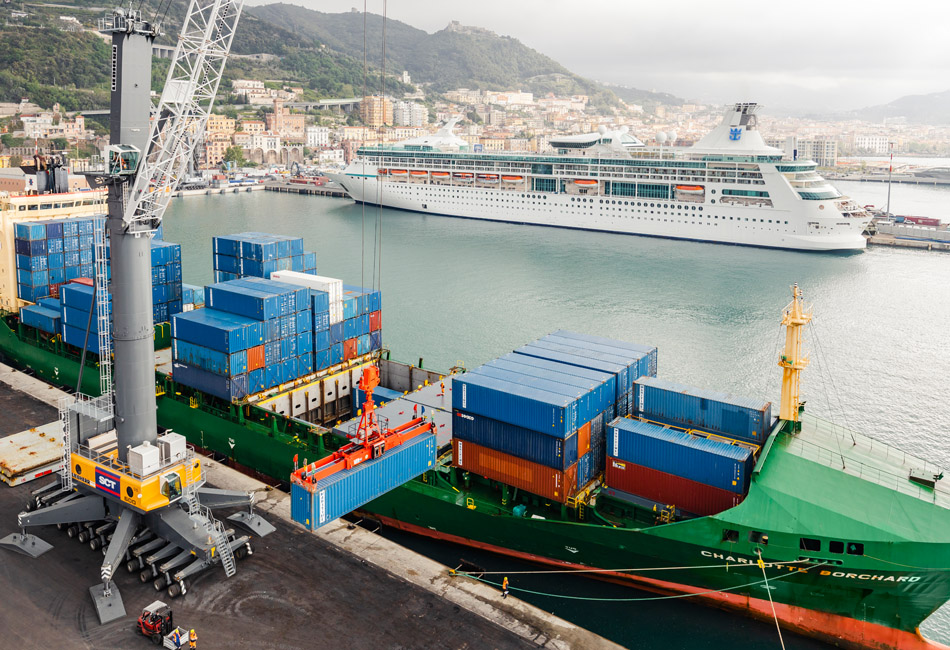 photograph above and featured title photyograph courtesy of SCT 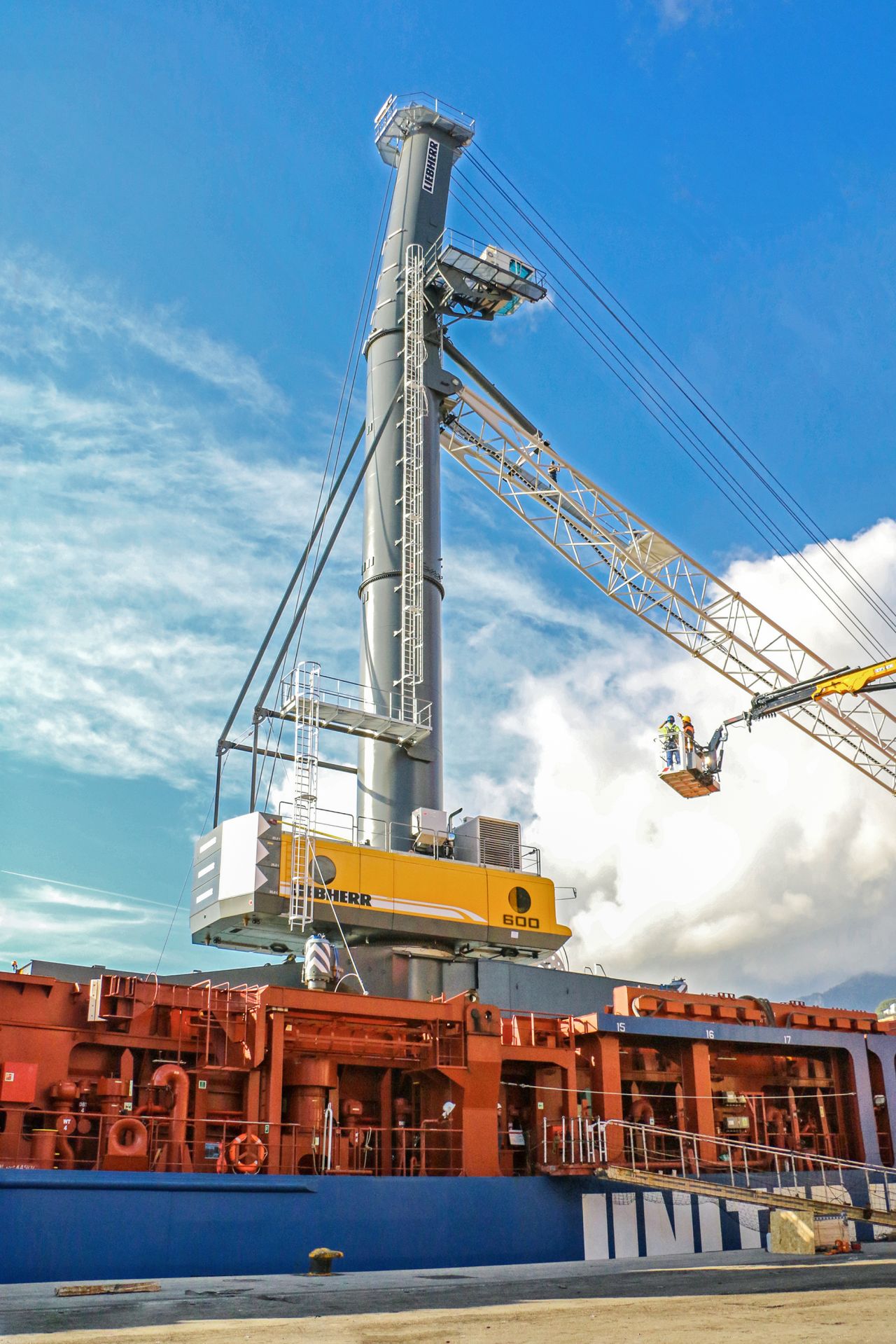 Aiding the construction of a spaceport is not something many companies get to be a part of. It is complex and specialized work that requires experience, precision and an iron-clad plan. It also leaves no room for error.