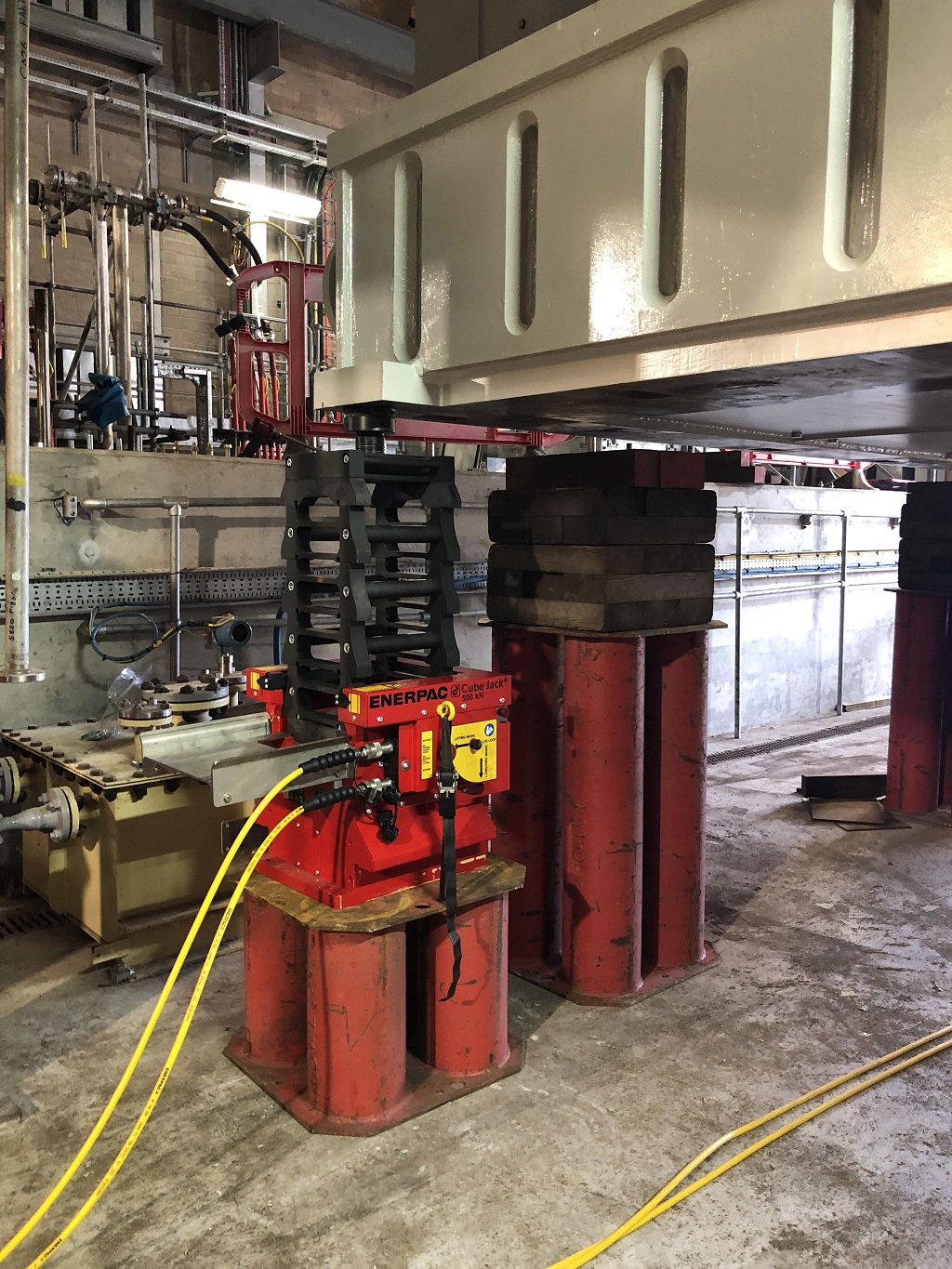 For Denby Transport director of special project, George Elliott, the company’s new SCJ-50 cube jack with its small footprint is ideal for confined spaces. “It’s also easy to use, provides a stable lift and allows two man lifts where previously we’d have needed 3 or 4 people using conventional jacks which would have taken a lot longer.”

The Enerpac SCJ-50 Cube Jack can lift 50 ton up to a height of 2m. It uses a base lifting frame and self-aligning, lightweight steel cribbing blocks to provide high-capacity and stabilised lifting. The incremental system mechanically locks the load as each cribbing block is manually added or removed, instead of being held by hydraulic pressure. Once the mechanical lock engages, the lift cylinder retracts, and another cribbing block can be added or removed. 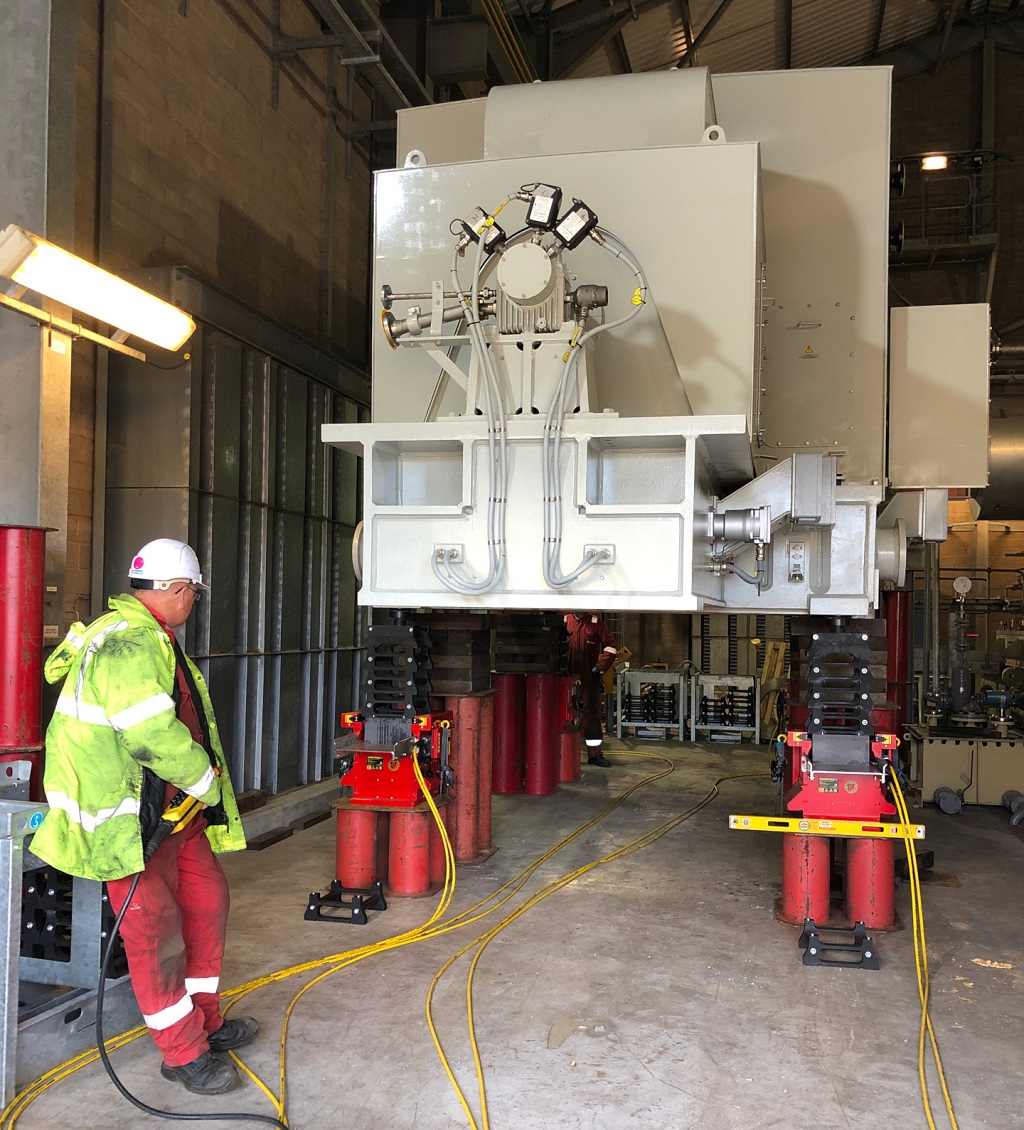 Preparing to install the next steel cribbing blocks on the SCJ-50 cube jacks.

Joint Office for BigLift Shipping and Spliethoff in Tokyo

30 years of Heavy Lifting with a Demag CC4800 for Van Seumeren, Mammoet and Shepherd Offshore