Working through the strong, cold mistral winds, Sarens recently installed a 1,180t boat lift on behalf of client Matière in La Ciotat, 24km from the centre of Marseille, France.

For this operation, Sarens deployed the following equipment from its yard in Belgium: 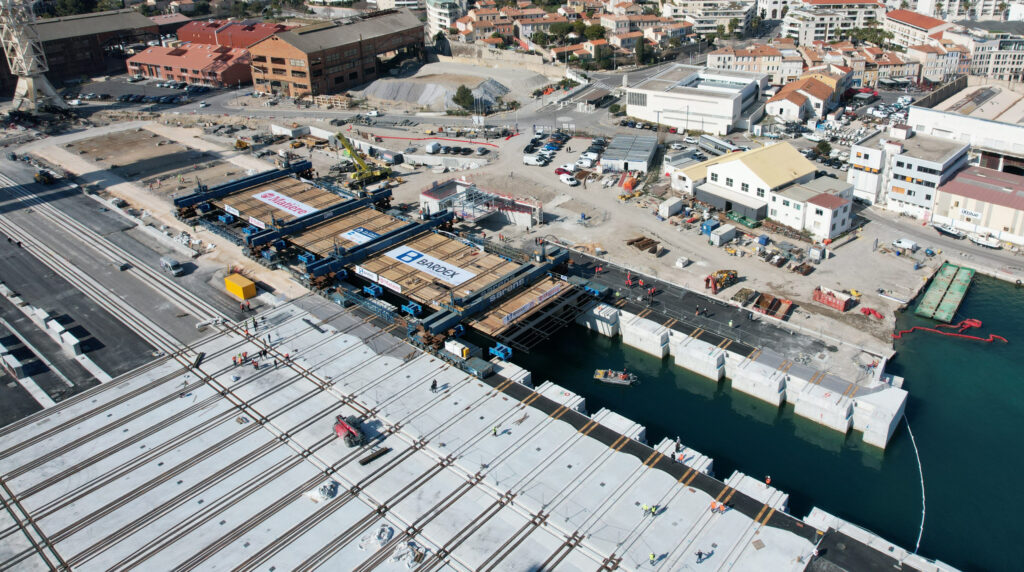 Everything arrived via 40 trucks, travelling approximately two days to La Ciotat. Once on site, the crew spent 2,5 weeks setting up the equipment, which was selected for its capacity and ability to connect seamlessly with the SPMTs.

The boat lift to be installed was a steel platform weighing 1,180t and measuring 100m x 23m x 2,7m, 150m. With the equipment ready, Sarens’ SPMTs carefully transported it 150m, where it was then lowered 3m into its final position. 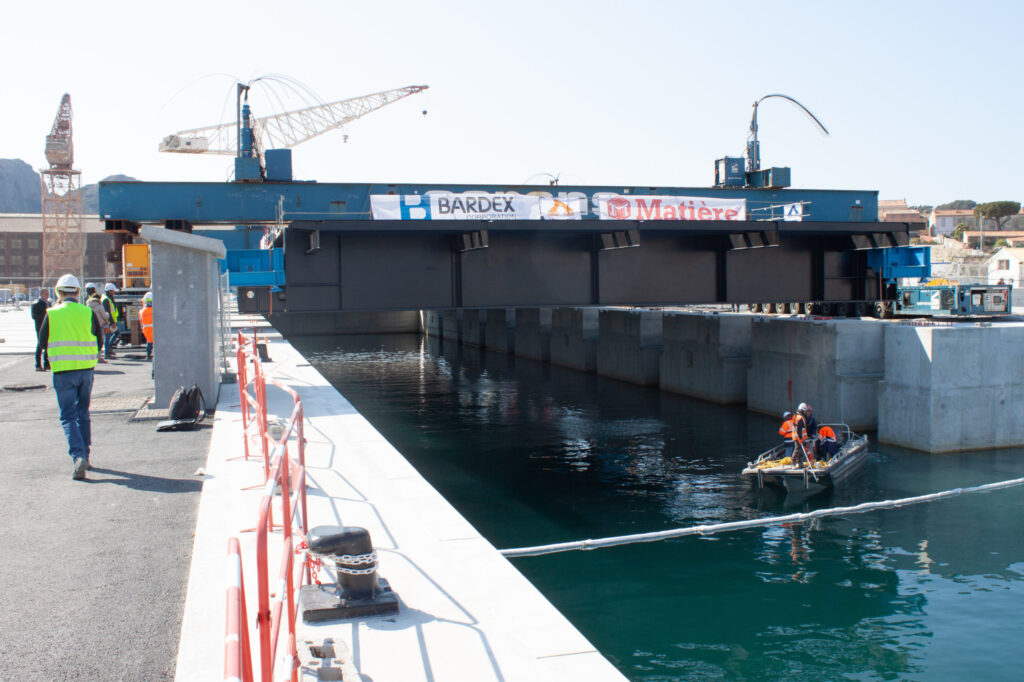 Throughout the operation, the challenge was keeping the configuration, consisting of SPMTs and the platform, completely horizontal. Because there was a 25cm height difference between the assembly position and the final position, it was essential to ensure good communication between the SPMT operator and the rest of the crew, so that accurate instructions could be given.

This operation involved seven crew members and was concluded within a day. Sarens commends everyone involved in this successful operation for a job well done!

The project has been completed after 9 months of work on site for the French company Matière and the American group Bardex and will enable the lifting of Atlas 4300t mega-yachts for repair.

The lifting platform is fully equipped with an oak-type wooden decking of French origin (PEFC certified wood) and a set of rails and crossover pieces that will ensure the movement of the transfer trolley for moving ships.

The first operational tests of the boat lift are scheduled for the summer of 2022. 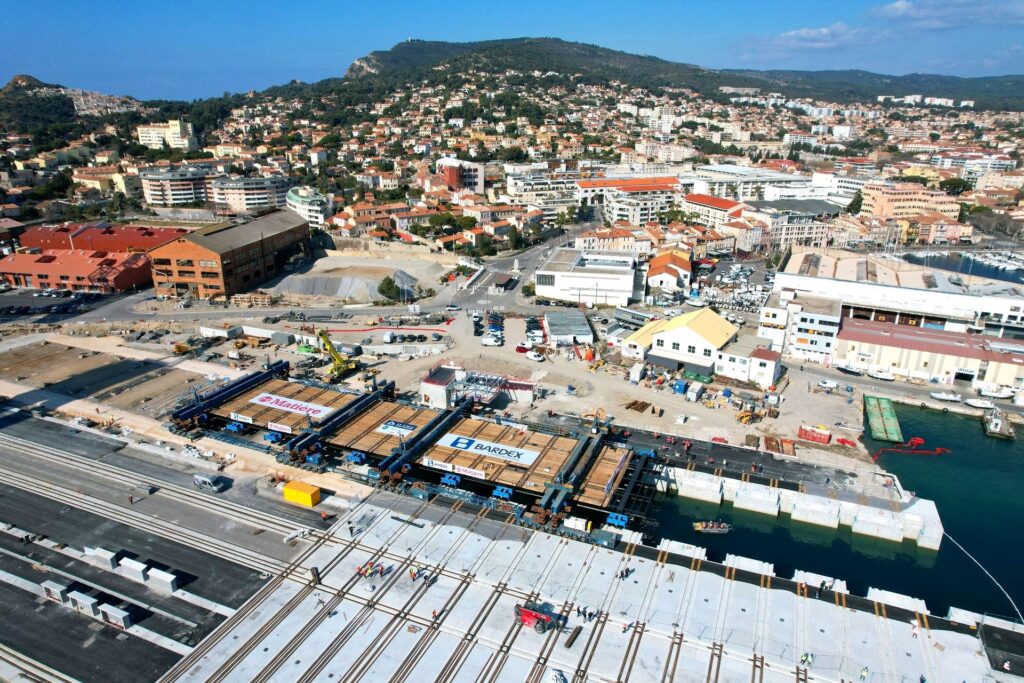